Retired Victoria city councillor Charlayne Thornton-Joe shows us the special moon gate that used to be at Ming’s Restaurant as she takes us on a tour of Victoria’s Chinese Canadian Museum.

“This is a dream job for me!” says Charlayne, the Chinese Canadian Museum Fan Tan Alley exhibit coordinator.

“There’s been many different eras of Chinese Canadians coming to Canada, and as each generation has grown, changed, assimilated, evolved, the history has been lost,” adds Victoria Chinatown Museum Society chair Grace Wong Sneddon.

The Fan Tan Alley museum in Victoria’s Chinatown — the oldest in Canada and the second-oldest Chinatown in North America — pays tribute to local Chinese Canadians’ important role in Canada’s growth and prosperity.

“The story needs to be told,” Charlayne says. “It’s not taught in the schools and a lot of people don’t know the history of why the Chinese came, some of the hardship they encountered and some of the successes and opportunities that came forward.”

For Daniel Wong, who fell in love with lion dancing as a young child, sharing his culture is important.

“It’s good for us, I guess, the young ones that are born here, to not lose track of where our roots come from,” says Daniel, who’s been involved with the Wong Sheung Kung Fu Club for more than 30 years.

And next Sunday, Jan. 20th, lion dancing will return to Chinatown for the first time since 2020.

“The traditional lion dance is really important at Chinese New Year because it’s colourful, it’s loud, and the main purpose of it is to ward off any bad juju and evil spirits,” Daniel explains.

“It’s about peace and prosperity, and I think with what’s happening in the world today, peace is so important and given the two to three years of COVID we’ve all experienced, we need prosperity again,” Grace adds.

As the museum gets ready to celebrate its first anniversary next month, Charlayne says it wouldn’t be possible without dozens of dedicated volunteers.

“You don’t have to be Chinese to volunteer here,” she says. “You just have to have a love of Chinese culture.” 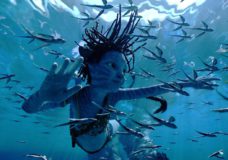 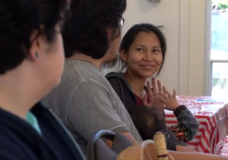