He was following a pod of transient, or Bigg’s, killer whales near the San Juan Islands when he the orcas started breaching, tossing a harbour porpoise into the air.

The orcas split into two groups targeting two porpoises with the hunt carrying on for a while before they finally landed their prey.

“This one was very very aerial,” said Pidcock. “They really try to wear down the porpoise they’ll ram it down from underneath really launching it into the air,” he said.

While porpoise is a common prey for transient orcas, experts say recording hunts like this one is rare.

There seems to be no shortage of incredible transient killer whale moments caught on camera this time of year, including one day last week when four were seen splashing around Victoria’s Inner Harbour.

Hall says while the transient orca population is increasing this is when our oceans turn into their playgrounds.

“What makes this time of year a little different is that the prey species are having their pups or their calves,” said Hall.

“Right from the bottom of the food chain all the way up we get more activity,” said Hall. 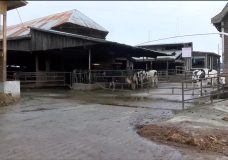 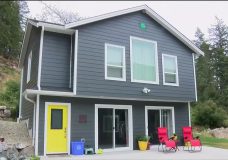 Sooke homeowner caught in the middle of online rental scam