WATCH: After spending a decade in Major League Baseball, Victoria’s Rich Harden retired from the game in 2013, and recently made a trip back to his hometown for the Greater Victoria Sports Hall of Fame ceremony.

Harden is a graduate of Claremont Secondary and was the ace of the Oakland Athletics rotation in the mid 2000’s. After a shoulder injury caught up with him in 2007, Harden would be dealt to the Chicago Cubs and eventually to the Texas Rangers in 2010. While he returned to Oakland in 2011, Harden underwent shoulder surgery, which sidelined him for the entire 2012 season. Although he made a comeback with the Minnesota Twins in 2013, he was released from his contract six months later. Since retiring, Harden has been with his family in Arizona, as he’s slowly easing back into the baseball world, teaching the next generation with the years of knowledge he obtained on his path to the majors. 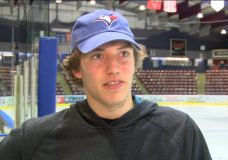 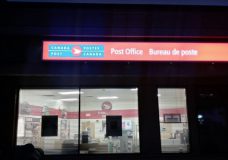