September 17, 2020 updated
CHEK
WatchVictoria's James Bay neighbourhood has some of the highest rents in the city but also the highest number of seniors and it's leading to a crisis. April Lawrence reports.

Anita Leclair is part of a volunteer group at the James Bay New Horizons for Seniors Society helping to provide hundreds of meals to vulnerable people in the region, including many seniors who live in James Bay.

Many of those 55 years and older in the downtown neighbourhood are spending half or more of their income on rent. Leclair herself says it’s a challenge.

“According to my calculations right now I can probably live in this area for another two years, and then I’d better find something cheaper,” Leclair said.

And a new report shows just how bad the situation has become.

Forty eight per cent of the James Bay population is over 55 and the median income is below the city average at $41,663. But rent costs are among the highest in the city with the median price of a one-bedroom suite currently sitting at $1,690 a month.

“I think we’re now facing a bit of a crisis point for seniors in the community,” said Margaret Forbes, senior researcher with the Community Social Planning Council of Greater Victoria.

Forbes, who helped author the report, says after conducting a survey of more than 122 James Bay seniors, as well as two focus groups, they heard countless stories of seniors making sacrifices just to keep a roof over their heads.

“To the point where they were having to cut things like medication or groceries, their social outings,” Forbes said.

Then there is the threat of renovictions.

“We live in a place where we don’t know from month to month if we’re going to get renovicted. It’s a really sad thing to live so when there’s repairs to be done you don’t call your landlord because you don’t want to rock the boat,” said Sue Anne Gentry who lives in the neighbourhood and works at the James Bay New Horizons Centre.

James Bay is a desirable place for seniors because of its walkability, available amenities and close-knit community.

“We know from research that’s so important to seniors’ well-being and long term health and wellness,” said Forbes.

The report calls for more affordable and social seniors housing in James Bay, an advocate to work with seniors on housing issues like renovictions and waitlists, and more food security including food delivery programs and a food bank. 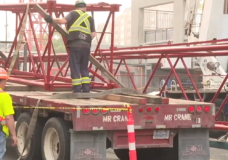 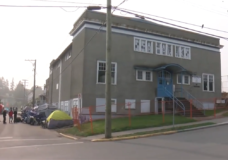