July 29, 2021 updated
CHEK
WatchVictoria is seeing an increase in crime severity. But how bad is it? And why some say a regional police force is the answer. Kori Sidaway reports.

A new report from Statistics Canada shows crime severity in the City of Victoria was up in 2020.

“That’s something that we don’t want that in the city. It’s not unexpected that we’d have something like that in an economic downturn, but it’s still a negative,” said Rob Gillezeau, an economics professor at the University of Victoria.

Victoria’s crime severity index was measured by Statistics Canada at 168, noticeably higher than Vancouver’s 104, and significantly higher than Greater Victoria’s 76 and the provincial average of 96.

“That is a serious number for us. That is completely unacceptable,” said Victoria Police spokesperson, Cam McIntyre.

Economic experts believe a couple of things are behind the city of Victoria’s spike in crime severity. First and foremost is the pandemic, but also a change in reporting.

But Gillezeau, who studies the economics of policing, dove into the data to re-weight the increase in crime severity Victoria saw by population.

Regardless, the numbers still show a meaningful uptick in crime severity. So how bad is it?

“Putting it into historical context, Victoria looks as safe as it did in 2008 and 2009, during the last major recession,” said Gillezeau. “If you go further back in time if you look at the 1990s. Crime today is about half as it was in the 1990s.”

Victoria Police say the current increase in crime severity could be eased through regional policing.

“We’re seeing a concentration of that violent crime, that property crime concentrated in our downtown core. We obviously would welcome a more regional approach that would help balance our resources, and I think to contribute to the overall well-being of the community and certainly the well-being of our officers,” said Cst. McIntyre.

As the regional policing debate continues, some analysts say more immediate interventions could be taken with regards to hate crimes, which nearly doubled in Victoria this past year, as well as taking a look at what’s called ‘clearance rates’ and unfounded incidents.

“If I look at the full set of data, what is the picture that I’m seeing? We have relatively high policing costs, we have increasing crime and we have a clearance rate that has really declined,” said Gillezeau.

‘Clearance rates’ are a measure of productivity in policing. Gillezeau says Victoria Police’s clearance rates likely lowered because of the pressures that came along with COVID-19, with their members taking on other roles during the pandemic.

“One area where there’s obviously some lost resources occurring, we had a five-fold increase in unfounded incidents reported into the department. That isn’t helping anyone,” said Gillezeau. 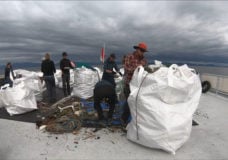