A tent city is growing in the 900-block of Pandora Avenue as measures to create social distance in response to COVID-19 means more of the city’s homeless people are being forced back onto the streets.

“There are way too many people right now in the 900-block of Pandora. It’s not safe in terms of social distancing,” said Victoria Mayor Lisa Helps during a news conference on Monday.

The City of Victoria, along with Island Health, BC Housing, the Coalition to End Homelessness and the Dandelion Society, has started phase one of its plan to try to address the issue. People on the streets will now have three parks where they can set up a temporary shelter and have access to washrooms and medical advice.

On Monday, the parks were identified as Beacon Hill Park, Topaz Park and for those with the greatest health needs, Royal Athletic Park.

“We are all in this together. Some populations in our community don’t have the same options the rest of us do to stay safe, healthy and self-isolate at this time in accordance with the Chief Health Officer’s directions.”

Helps says Royal Athletic Park will also have BC Housing staff and security on site. The head of the Victoria Harbourcats baseball team supports the plan, and so do some others who live in the area.

“I would have absolutely no problem with them being down here, in fact, I’d probably volunteer,” said resident Lisa Bridger.

“There’s places for them to wash their hands and be clean and use the washrooms and they could possibly set up some kind of shower for them, there’s absolutely nothing downtown for them, nothing,” Bridger said.

And Bridger isn’t the only person in the neighbourhood offering the welcome mat.

“I think it’s an excellent opportunity to use an underutilized facility, this isn’t quite what we had in mind for its use but it seems like a reasonable solution we just need to know that it’s going to be done properly,” said Sean Kahil, a board member of the North Park Neighbourhood Association.

But not everyone is on board.

CHEK News spoke to one business owner in the area who didn’t want to go on camera but says he’s concerned about an increase in crime. He says with the current COVID-19 situation his income is already suffering so to have a break-in or an excessive act of vandalism would push him to the brink.

Kahil says he does want reassurances from the city that there is an end date for the temporary homeless camp but for now, he says, they’re willing to do their part.

“The North Park Neighbourhood Association is very keen to work with the city and get us all through this pandemic,” he said.

Helps says the Topaz and Beacon Hill shelters will be set up immediately and Royal Athletic Park within the next week. 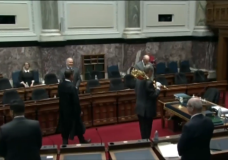 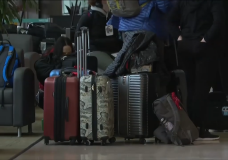 Some Canadians stuck abroad feel safer where they are