Heroes of the storm: Victoria snow causes major issues for BC Transit drivers

February 14th, 2019updated
WATCH Record-breaking Victoria snow is causing major issues for BC Transit drivers. Tess van Straaten takes us for a ride-along to see what they're dealing with.
Veteran BC Transit driver Rob Tyler knows how to maneuver in the snow. “I learned to drive in Montreal in January,” Tyler says. “I learned in bad conditions.” But the last few days have definitely been a challenge. “We’re planning stops we know are bad half a mile ahead,” says Tyler. Snow, more snow, blowing snow, white-out conditions and slick roads mean even professional drivers are getting in trouble. Buses have gotten stuck and for safety reasons, many routes have been cancelled in the last five days. “It’s had a pretty huge impact on the entire organization in terms of putting service on the road, given the conditions we’ve dealt with,” says BC Transit manager Terry Dosanjh. It has employees working around the clock, pulling double shifts and even sleeping at the depot to keep buses running.

“Not only are there traction problems but we’re contending with the winds pushing the bus side to side and with a load of passengers it’s sometimes a little bit nerve-wracking,” Tyler explains. Even on roads that have been cleared, snow is often piled up and blocking bus stops. It’s an issue even on major routes, like the buys McKenzie Avenue corridor. “To avoid getting stuck out there, they’re stopping in the roadway, putting on their four-way hazards and letting people come to the bus,” Donsanjh says. “Other situations where there’s a hill, maybe they’ll stop at the bottom or the top of a hill.” The snow is also delivering a major blow to courier companies. At Maximum Express, they’re only getting back to full capacity today after having to shut down earlier in the week. “It was dangerous to be on the road and there were literally no customers to deliver to because they were all closed,” says Maximum Express owner Al Hasham. With more snow in the forecast into Friday and next week, they’re bracing for the worst. “I can’t afford to be closed another day,” says Hasham. “I just can’t afford it and it really is an inconvenience for our customers.” Back on the bus, drivers know what to do when more wild weather hits. “Go really easy, throw the schedule out the window, and just keep everyone happy and safe,” says Tyler. 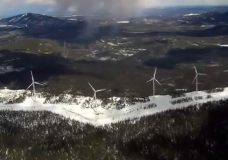 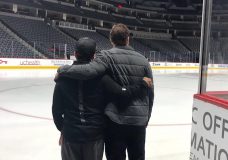