Victoria Royals take advantage of unexpected break because of COVID-19 and B.C. flooding

The Victoria Royals will have a busier schedule later this season after three games were wiped out in November because of COVID-19 and devastating rainstorms in B.C.

The seats at the Save-on-Foods Memorial Centre were left empty Nov. 12 and 13, as a two-game showdown with Spokane was cancelled due to positive COVID-19 test results within the Chiefs’ organization.

It was a reminder to all to stay vigilant against the pandemic.

“We have an app that we have to screen our players and staff before even coming into the arena,” said Royals’ associate head coach and assistant general manager J.F Best.

The following week saw the arrival of an atmospheric river to hit B.C., causing devastating floods, landslides, and highway closures. That meant a third consecutive game was scrapped in Kamloops on Nov. 19.

And pictures of the devastation put things, and hockey, in perspective.

“I’ve seen a little bit and we’re just praying for those communities out there and we hope that they can get back to full health as soon as possible,” said Royals’ forward Evan Patrician.

The silver lining with the lack of games, meant plenty of practice, as the Royals’ lineup started to see injured players return. And that hard work paid off.

In their game Nov. 20 in Langley against the Vancouver Giants, Patrician scored the game-winner against his former team, ending the Royals’ 12-game losing streak.

Of his 11 career WHL goals, that one may have been the sweetest.

“Obviously Vancouver is my first junior team and that was the first time I’m ever played against the Giants, so getting that one and getting the game-winner in front of my billet family and a couple of friends in Vancouver is really, really cool,” said Patrician.

“Guys had been talking about it all week that he was going to score and of course, dying seconds of the game he gets it done,” added Best.

“There was a lot of celebration, I heard some guys say after the game maybe we should do this more often, I forgot how fun this is.”

The Royals followed the win in Vancouver with a 3-2 decision in overtime over Everett Silvertips Friday night, ending the Silvertips’ 10-game win streak.

Victoria will take their first two-game win streak of the season to Spokane Nov. 30, the first of four straight games against U.S. division opponents south of the border. 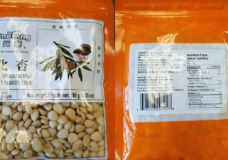 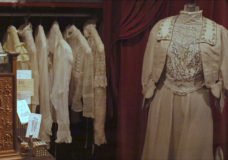 This Week in History: Royal BC Museum to close several exhibits in an effort to modernize