Posted: Nov. 22, 2021 7:03PM
CHEK
WatchPopular Victoria restaurant Chicken 649 has been forced to close due to a chronic shortage of chicken stemming from recent flooding in B.C. Tahmina Aziz has more.

The impact of last week’s flooding has led to a chicken shortage in parts of the Island.

The supply has been so low that Chicken 649, a popular restaurant in Victoria, had to temporarily close its doors.

“This closure could be longer a week or a few weeks. I don’t know how long, so that’s the most difficult thing,” said Heejin Kim, one of the restaurant owners.

The restaurant was open on Saturday until it completely sold out.

She and fellow co-owner Jack Shim has since put up a sign at the front explaining why the restaurant has has to shut down for the time being.

Normally, they would be stocked up, but they’ve run out of chicken, which is the only thing they sell at their restaurant.

“I feel very powerless right now because I cannot do anything,” said Kim.

Usually, they buy their chicken at Costco, but the flooding and panic buying has left shelves empty. Chicken 649’s owners are now trying to secure enough poultry to open at least once a week.

Chicken 649 is not the only one dealing with a chicken shortage — Salem Ajaj of Damascus Food Market in Victoria said he’s also run out of poultry at his store.

“I asked my butcher in Vancouver and he said ‘two weeks, no chicken,’ Ajaj explained.

His store is usually stocked up with poultry and other meats, but he’s closed off the area where he normally sells it due to lack of supply.

Despite Ajaj having to wait weeks before the shipment arrives, the B.C Chicken Marketing Board told CHEK News in an email statement that it doesn’t anticipate “any major impact to chicken supplies to Vancouver Island.”

“Catastrophic flooding poses extreme challenges to all involved. There are 28 broiler chicken farms under evacuation orders in the Sumas Prairie area of Abbotsford,” said Cheryl Davie, the organization’s manager of strategic initiatives and analysis.

“While there are disruptions to supply chains like feed, electricity, processing, and more, we do not foresee any major impact to chicken supplies to Vancouver Island,” she continued in the statement.

She also said the organization is working with emergency operators to mitigate the supply disruptions.

Meanwhile, the owners of Chicken 649 said they feel terrible about the situation and hope to back serving their specialties as soon as possible. 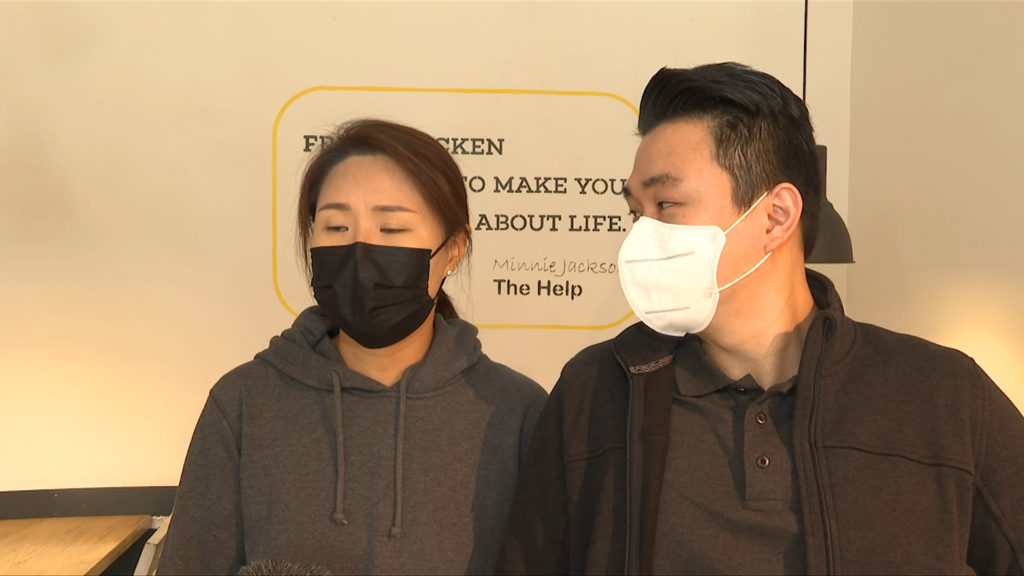 Heejin Kim and Jack Shim, co-owners of Chicken 649, have been forced to close their popular restaurant in Victoria due to a chronic shortage of chicken. (CHEK News) 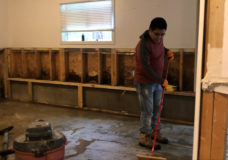 Cowichan residents take stock of flood damage as volunteers step up to help
Some B.C. evacuees to be allowed to return home, key railway corridor to reopen