A partygoer was arrested and fined more than $200 by Victoria police after refusing to leave a party.

According to a media release issued by the Victoria Police Department, officers attended a multi-unit residential building in the 1000-block of Fort Street for a noise disturbance just after midnight on Aug. 23 and discovered 15 people partying in a one-bedroom suite.

VicPD said officers informed guests that the party was over and told them to leave, but one man refused to cooperate and was arrested for obstructing a peace officer. He was also issued a $230 ticket for violating the province’s COVID-19 Related Measures Act.

“[He] was very belligerent, refused to leave, was swearing at police, was causing a disturbance,” Const. Cam MacIntyre told CHEK News. “I don’t think they’re taking it seriously and it’s very unfortunate. This is a serious public health issue. It’s putting the wider public, our community and our officers at risk.”

“This is proof that asking for voluntary compliance and appealing to people’s common sense doesn’t work with some,” Manak wrote in a post on social media.

It comes less than 48 hours after VicPD officers attended the exact same unit on Aug. 21 and issued the host and owner of a $2,300 fine for violating the act.

VicPD had said officers encountered 30 people in the unit that night and estimate at least 40 to 60 people attended the party at the one-bedroom unit.

“I’m grateful to VicPD for cracking down,” she said in a statement to CHEK News. “I hope this serves as a warning for others who may be considering similar gatherings in Victoria or across the province.”

Helps added “We all have a role to play in getting through this and getting out of this together.”

Patrol officers arrested a party guest for obstruction & served him a $230 fine under the CRMA for abusive, belligerent behaviour at a social gathering this morning. 1000-block Fort St. $2,300 VT served at the same residence the night before. #yyj

This is unbelieveable & unacceptable. @vicpdcanada required to attend the same apartment for the second night in a row for a COVID-19 violation. This is proof that asking for voluntary compliance & appealing to people’s common sense doesn’t work with some. Proud of all others. https://t.co/FdyfECbiyO 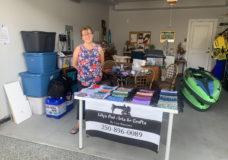 Mask sales soar as calls to make them mandatory at schools in B.C. continue 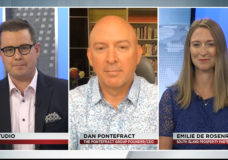 Road to Recovery: What are micro-credentials and are businesses on Vancouver Island offering them?