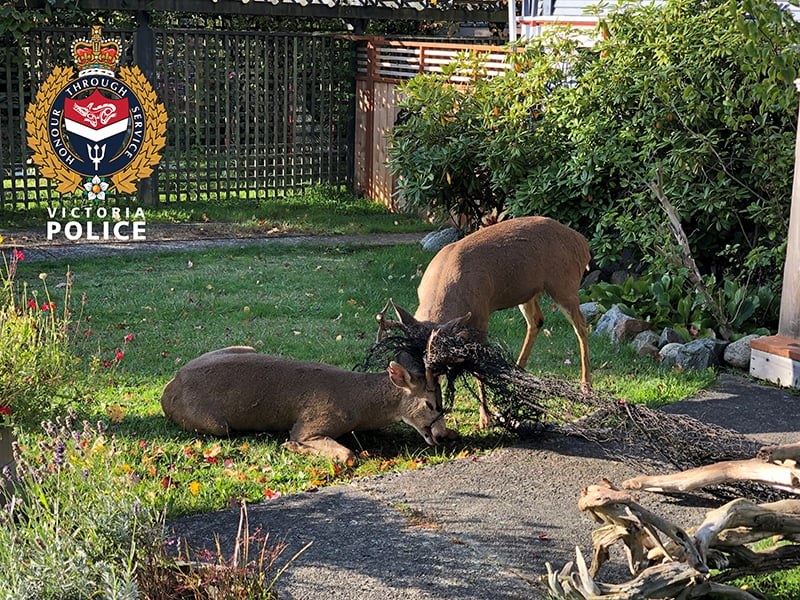 Victoria police
The two entangled deer rescued by VicPD and the BC Conservation Officer Service on Oct. 25, 2020.

Victoria police officers and the BC Conservation Officer Service teamed up on Sunday to rescue two deer that became trapped together in a fishing net.

Just after 10 a.m. on Sunday, police were called to the Kipling and Richardson streets intersection for a report of two deer in distress.

When police arrived, they found two Blacktail bucks that were both entangled in a fishing net and dragging a large “wheelbarrow-sized” piece of driftwood.

The deer were surrounded by area residents who were observing the incident, police said.

An officer with the BC Conservation Officer Service arrived and the officers worked to sedate and free the deer.

The deer were sedated and cut free of the fishing net A VicPD patrol van and the BC Conservation Officer Service truck was used to take the tranquillized buck to a rural site so they could be released into the wild.

VicPD said at several points during the process officers had to remind curious bystanders to stay back to give the animals and officers room to work.

Both bucks were successfully sedated, cut free & released well outside urban areas. Gentle reminder : during the rescue some families got a bit too close. It’s important to give wild animals & officers room to work safely. #yyj pic.twitter.com/uGqxTGGZ6E 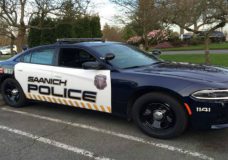 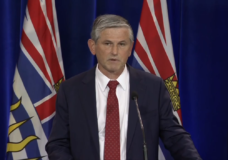 Andrew Wilkinson stepping down as B.C. Liberal leader, will stay on until new leader is chosen