An auto mechanic near Warsaw, Poland offered his services for free when he heard what two Victoria paramedics were doing there.

He inspected a used ambulance that Andrew Mills and Melissa Sims had purchased for Ukrainian paramedics.

That one, plus two others will soon be heading to the front lines of the war in Ukraine to replace ambulances that have been destroyed.

“We’re definitely putting a lot of effort into making sure we get high-quality service-ready ambulances because we know they’re going directly to the front lines as soon as they cross the border,” Mills told CHEK News Wednesday.

The duo has raised $120,000 through their new charity Paramedics4paramedics. The initial goal was to raise just $20,000 and enough to buy one ambulance, but now they’ve got three and tens of thousands of dollars of medical supplies to donate.

“To actually imagine what they’re going through is unfathomable,” said Sims.

The two arrived in Poland Monday and say there was a “heaviness” in the air in Poland as the country next door gets destroyed, but also a spirit that is undeniable.

“Everywhere we go we see Ukraine flags flying, we see signs ‘In solidarity with Ukraine.’ People are very passionate and doing everything they can to help their neighbours,” said Sims.

The ambulances are being driven to Ukraine Thursday but they say details about where and when are too risky to share.

“Due to security concerns we can’t get into the specifics of how the transfer is going to take place,” said Mills. “What I can say is four people from our group are going to be taking the ambulances to the border region and from there they’ll be taken the rest of the way.”

Their focus now is to purchase an armoured ambulance.

More information can be found here. 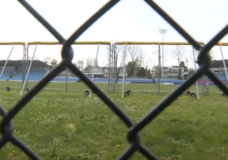 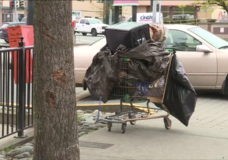