On the eve of International Women’s Day, dozens of women and men gathered in downtown Victoria Wednesday evening for a three-kilometre run and walk called The Secret Marathon.

This is the first year for an event that celebrates everyone’s right to be free to run and feel safe.

It was held in conjunction with Running Room stores in 10 cities across the country including the store on Government Street in Victoria.

It was also held to support the national charity Canadian Women for Women in Afghanistan.

“To be able to claim their rights and enable them to be more free.”

The event is named after the documentary about the Marathon of Afghanistan where the route is kept a secret to avoid violent attacks.

The route in Victoria was also kept secret until just before the event on Wednesday evening.

The documentary called the Secret Marathon 3K is scheduled to be released this Fall.

It will allow the story of Afghan girls and women running for freedom to be shared across Canada. 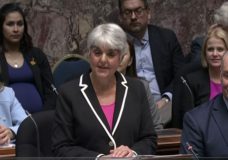 Finance minister hints at changes to proposed speculation tax after outcry from some B.C. property owners 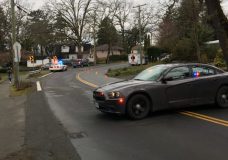