The number of homeless people living in Victoria is growing as more move from the Downtown Eastside, according to Victoria Police, who claim the transplanted group is responsible for a recent spike in crime.

In Stadacona Park, where unhoused people have been camping for months, there were few tents remaining on a rainy Friday.

But Victoria Police spokesperson Bowen Osoko said they are seeing many more newcomers to B.C.’s capital from Vancouver’s Downtown Eastside.

“My understanding is that it’s a few hundred,” Osoko told CHEK News.

Earlier this summer, Vancouver’s fire chief issued an order to separate tents in the DTES after a series of deadly fires that started in tents and spread to nearby buildings.

Officials won’t confirm that the people they’re seeing move to Victoria are the same ones ordered to pack up their tents during the DTES clear-out.

Osoko claimed that a recent spike in violent crimes is due, at least in part, to the new residents.

“We’ve had more files involving firearms, and more random attacks, stabbings this year than in recent memory,” he said.

But Grant Mckenzie, director of communications for Our Place Society, said while there are more unhoused people, they are just trying to find their place in the city.

“We’re certainly seeing new faces at Our Place. And whenever new faces come into the community there can be a little bit of a struggle because people are trying to find their own community, and other communities are settled,” he said.

Doug King, executive director of the Together Against Poverty Society, agreed that the numbers of unhoused people in the city are growing, along with the associated issue of crime — but said it’s more complicated than blaming new residents.

“Whether or not that’s people coming from Vancouver or whether it’s people being displaced from housing within our own city, that’s certainly something we see too,” he said.

Victoria’s last homeless count took place in March of 2020, and more than 1,500 people were found to have experienced homelessness.

The survey establishes where people are from, and why they’re homeless.

The City of Victoria’s next homeless count is not expected to take place until the spring of 2023.

RELATED: Police seek man who threw coffee on mother and baby in Victoria 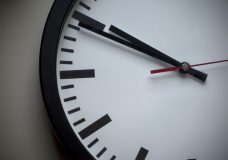 B.C. will 'fall back' yet again as it waits on U.S. to end daylight saving time 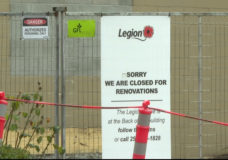