WATCH: Liza Glynn had raised $45,000 to bring her cousin from Syria but says wait times of 18 months has led to a disappointing outcome. That’s why she among a group of people on Vancouver Island calling on the feds to reduce wait times.

An online petition to the House of Commons started by the Victoria Advocates for Refugees and sponsored by Gulf Islands MP Elizabeth May asks the federal government to speed up the refugees’ sponsorship process.

So far, it has received more than 500 signatures. It’s a call Central Saanich resident Liza Glynn has been making for months.

“I know what it’s like to live in the war,” said Glynn.

Her family immigrated to Canada from Lebanon when she was nine-years-old in 1976.

“I remember one time we were all playing outside and you know that sound of the sniper, and when you hear that you just run.”

She knows that’s the reality millions of people are facing right now in Syria, a situation heightened by the recent reports of a chemical attack.

That’s why she had joined a group raising $45,000 to cover the cost of a private sponsorship in hopes of bringing her cousin to Canada from Syria.

But with wait times of 18-months, she says the hard work wasn’t enough.

“It was still too late. They had an incident when the mother in law was sick and they had to go back Damascus [Syria] so their application is no longer valid.”

She is among a group of Islanders calling on Trudeau to speed up the process including a group from Victoria’s Anglican Diocese, the city’s Intercultural Association and the Victoria Advocates for Refugees who launched the petition.

In 2016 more than 40,000 Syrian refugees were welcomed to Canada with wait times as short as three days.

But since then, Glynn says staffing has been cut drastically making the wait times and backlogs unbearable. 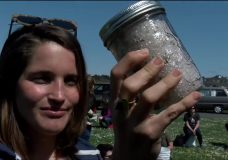 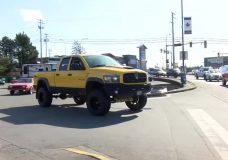