The first blaze broke out along Dallas Road near Douglas Street at around 7:30 a.m. There were reports of heavy smoke in the area but the fire was quickly knocked down by firefighters.

A burnt-out propane tank was found at the fire scene.

Then a few hours later, fire crews rushed to another brush fire.

The fire broke out around 11:30 a.m. along the Dallas Road waterfront near South Turner Street.

Firefighters are investigating the cause of both fires.

Fire crews investigate one of the brush fires along Dallas Road on June 14, 2019. 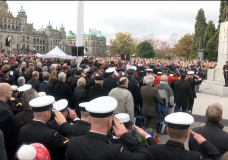 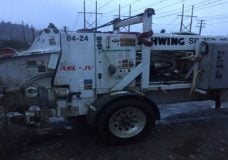