October 8, 2019 updated
Chek
WatchA City of Victoria councillor is looking to make the lives of artists easier. Soon some affordable housing units could be put aside for creatives. It's all in a bid to help the city, but some say it could set a dangerous precedent. Julian Kolsut reports.

The motion would see staff make the goal of creating housing for artists part of the Victoria Housing Strategy.

“Arts and culture are key economic drivers, and they are also what makes our city interesting, inclusive and vibrant,” said Loveday.

“I think the city needs to play a role in supporting the arts. After all, a city without arts is not where I would want to live.”

The move would be done by aligning the strategy with the Create Victoria Arts and Culture Masterplan — the city’s arts initiative.

Loveday does not have specifics for the plan yet, saying it would be up to the experts to decide. But just the idea of providing housing for a specific group of individuals is receiving harsh criticism.

“This is a silly waste of money, and the idea that city councillors, or politicians or bureaucrats will then be picking winners and losers when it comes to the housing lottery would upset a lot of people,” said Kris Sims of the Canadian Taxpayers Federation.

“Where do you stop? do you start with the artists then go to the tradespeople? And then maybe only go to lawyers and then keep going after that.”

“You can’t pit one group against each other. But this is a policy that is looking at artists this week, and we are looking at housing in this chamber every week,” added Loveday.

Artists are applauding the effort.

“Financially [housing]  it is not a big problem for me, but it is for 90 per cent of artists. I think it is just a huge problem.”

On Thursday, the council will make a decision on the motion. 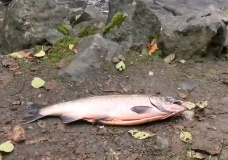 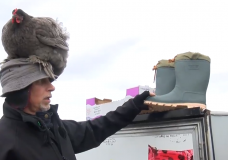 New shoes and boots handed out to Parksville's needy