It’s quiet outside this elementary school north of Gatineau, Quebec, but a storm is brewing after what happened inside these walls in December.

As a result of the Province’s Bill-21, the local school board removed a Grade 3 teacher from her classroom for wearing a hijab.

Under the controversial law, wearing any religious garments or symbols, such as hijabs, and turbans, by certain public sector workers is banned.

In the wake of the decision, students have vocalized that these actions counteract the motto of the school, ‘Respect for all, by all.’

“It’s wrong because it’s protecting one culture at the expense of others,” one student remarked.

Mayors of big cities outside Quebec pledged to fund a legal challenge to the province’s Bill-21 and on Thursday, Victoria Mayor Lisa Helps said City Council passed a motion contributing $9,500 to the cause.

“I think it would have been very embarrassing for Victoria, as a capital city, to not make a contribution,” said Helps.

Helps emphasized that supporting the pledge is important because it sends a message.

“It sends a very strong signal to Muslim Canadians in Victoria that they are part of our community.”

Stan Bartlett, with the Grumpy Taxpayers of Greater Victoria, said this is another example of councillors not sticking to their mandate.

“Teacups are probably rattling across Victoria this morning after hearing about this ill-advised decision,” Bartlett said.

On the other hand, Lina El Bakir is the Advocacy Chair with the National Council of Canadian Muslims, and she applauds.

“It gives us hope when we see mayors across the country come together and take a solid position in the name of human rights,” she said.

The three main federal party leaders personally oppose Bill 21, but no one is committing to a federal intervention to challenge it in the courts. 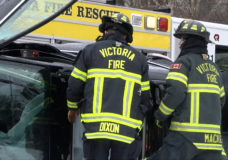 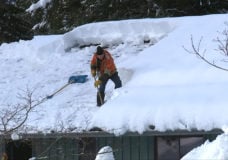