Victoria charity gives $2,000 to the homeless to mark the end of Ramadan

For Muslims, Eid Al-Fitr is one of the holiest times of the year, marking the end of Ramadan, a month of fasting from sunrise to sunset.

But it’s also so much more than that.

“Although in Ramadan it is important to give, it goes above and beyond giving to charity,” explained Mohammad Mahdi Allouche, who is celebrating Ramadan. “It’s more or less embracing humanity as a whole, and doing this as one united, and knowing and seeing each other as one entire being.”

And this year, he is doing what he can to give back to those who need it most – the city’s homeless.

“It’s extremely important to give locally, it’s very important to realize its a month of reflection and going inside to reflect within the self, the spirit, the heart, the body, the mind, and the soul,” said Allouche.

For the past month, he’s been collecting donations during Ramadan for his charity, Something 4 Humanity. He’s collected just over $2,000, and on Sunday, he and a group of volunteers handed it all out to those living on the streets; $10 at a time.

Along with the $10 bill, they handed out baklava as well as dates and notes of encouragement.

Allouche decided to give out cash, instead of gift cards, food or clothing, to show those living on the street that he respects their choice to buy what they want.

“We’re not here to judge the decision. We’re just here to give back, and people are empowered to make their own decisions,” said Allouche.

Mohammad’s wife, Stephanie Allouche, says an important part of the day was handing out envelopes and connecting with the people they were helping.

“A big part of the reason why we decided to do it this way, is that it’s more about creating that connection and having understanding. Not only of what the experiences are that these people are having, but how did they get there,” said Stephanie.

Mohammad hopes to show that even in a pandemic, there is always light.

“With the tragedy of COVID-19 encompassing our entire globe, we are able to see light in this for humility and gratitude,” he said.

“If we can be the love, perhaps we can change the world, one human, at a time.”

And through simple gifts, a glimmer of hope is starting to burn.

“This is great, this is fantastic. what everybody’s doing down here, you know? It’s great. Everything helps, it brightens up peoples day,” said Rick Tremblay, a homeless man.

For many people, it may just look like pocket change, but for others, $10 can make a huge difference.

“It’s only ten bucks, but that’s a lot of money three days before payday. Ten bucks is a lot. I have nothing on me right now,” said Tremblay.

Maybe, $10 is all that’s needed, to get the ball rolling. 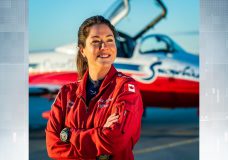 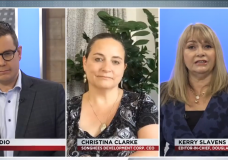 Conversations in a Crisis May 24, 2020 in partnership with Douglas Magazine