“This is our day to celebrate who we are,” says Aaron Devor, the Chair in Transgender Studies at the University of Victoria and the Founder and Subject Matter Expert of the world’s largest Transgender Archives.

Transgender and nonbinary people face countless challenges and throughout it all, they continue to fight for visibility and equality.

The rights of Trans people in Canada continue to be at the forefront of the struggle for equality.

In 2017, the Federal Government passed Bill C-16, amending the Canadian Human Rights Act to include gender identity and gender expression as prohibited grounds of discrimination.

Thursday, more than 100 members and allies of the community gathered at Government House.

It was an opportunity for Trans+ people to meet others in their community, and share their stories.

“The people who are here today feel seen in a very important and meaningful way, and that’s what Transgender Day of Visibility is about,” adds Devor.

Also, on Thursday, the transgender flag was raised over the front yard at the BC Legislature.

“People need to be seen, for many Transgender people they’ve spent much of their lives hiding, and the ability to actually be who they are, be themselves, and be themselves publicly, can be a challenge,” says Janet Austin, Lieutenant Governor of British Columbia

In a statement, Grace Lore, the Parliamentary Secretary for Gender Equity says “Our work is far from over as we renew our efforts to fight transphobic violence and discrimination, and to celebrate and make visible the unique contributions of trans people.”

Founded in 2009, International Transgender Day of Visibility is a day observed by activists across the world that provides a positive and affirming celebration. 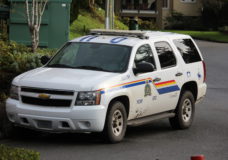 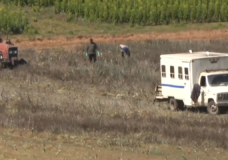