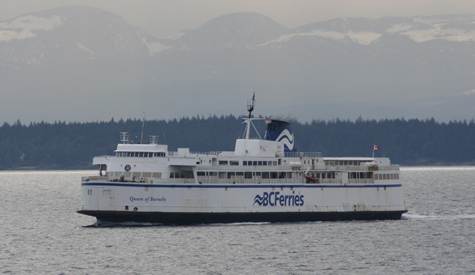 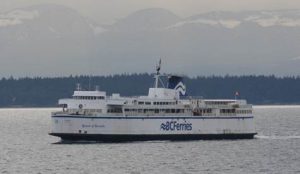 Bidding for an out-of-service 53-year-old BC Ferries vessel closed Thursday afternoon and the final price for the ship totalled $653,356.20 after taxes and fees.

And with that, it appears the Queen of Burnaby is sailing off into the sunset — or, more accurately, a scrapyard.

A total of 281 bids were entered on the auction website govdeals.ca

The 904-person capacity vessel was built in Victoria in 1965 and sailed on the Comox-Powell River route.

The Queen of Burnaby was taken out of service in March 2017 and replaced by the Salish Orca.

It is currently mothballed in Richmond.

A condition of the auction was that the buyer had to either conduct an “environmentally acceptable breaking of the ship” for scrap or keep it in “a static application.”

According to the auction page, the Queen of Burnaby leaks hydraulic oil and is full of hazardous materials — including asbestos — so it’s no longer fit for sailing.

When it comes to the auction block, this wasn’t the Queen of Burnaby’s maiden voyage.

Hours before the bidding closed, BC Ferries pulled the ship from auction.

BC Ferries spokesperson Deborah Marshall said even though bidding has closed on this auction, it’s not quite a done deal. The highest bidder will be evaluated by the ferry corporation, but Marshall said it’s too early to say what that evaluation might look like.

“We just want to make sure they’re legitimate,” she said.

Marshall would not disclose who the highest bidder is or what they plan to do with the ship. 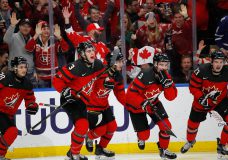 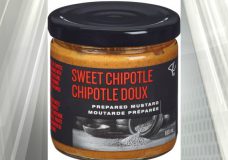