Posted: Oct. 14, 2021 6:22PM
File Photo
The Victoria and Esquimalt Police Board is requesting millions in additional funding for 2022 to hire six new officers.

In September, three Victoria police officers were injured on the job in just a week and one co-chair of the Victoria and Esquimalt Police Board says it’s part of a troubling trend that has contributed to a policing shortage in the two communities.

“When you are down 52 out of 249 officers clearly you need more resources,” said Board Co-Chair and Esquimalt Mayor Barbara Desjardins.

The board has now submitted a 2022 budget Desjardins describes as a ‘cry for help’.

“This budget provides much needed additional resources for VicPD as a whole, and for the members who are being challenged to maintain public safety while significantly short-handed.”

After months of deliberation, the board’s proposal asks for a 7.05 per cent budget increase from 2021 or roughly $4.175 million in additional funding. The majority would be paid by Victoria taxpayers with a smaller contribution from Esquimalt.

“With these co-responder teams if you call 911 it’s a mental health emergency, the police are deployed but with a psychiatric nurse kind of leading the way,” said Board Co-Chair and Victoria Mayor Lisa Helps.

“This budget reflects the realities that our communities are facing with police left to pick up the pieces of a health system that doesn’t meet the needs of our most marginalized residents.”

The cultural liaison would also be a new position aimed at building relationships with the local black, Indigenous and people of colour communities.

Helps acknowledges it’s a big ask but remains optimistic even though both Esquimalt and Victoria councils have rejected bids for additional officer funding in the past.

While the budget will be presented to both councils next week, there won’t be a vote until the end of 2021 or early 2022. 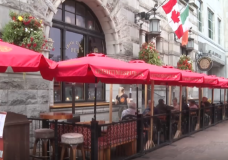 Patios approved for another year by Victoria city council 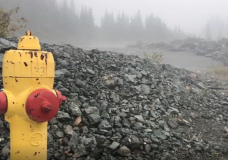