June 6, 2020 updated
CHEK
WatchThere are still many facts still now known about the sudden deaths of a Salt Spring Island man and woman. Police and the coroner are still investigating but Jennifer Quesnel's family says they know what happened.

Although investigators are no longer at the scene of Monday’s murder-suicide on Salt Spring Island, the investigation is continuing.

Police are trying to piece together the last moments of the island’s well-known couple, John and Jennifer Quesnel.

Police have yet to confirm any of the details, but Jennifer’s family says they know what happened. They say Jennifer was in the process of leaving an abusive marriage.

“She had finally made the choice to leave. It was the happiest she had ever been, being away from him,” the family told CHEK News in a statement, adding that John had a history of controlling tendencies and abuse for long before.

But on Monday, when Jennifer went back to their Salt Spring island property to pick up some belongings and see her horse, she felt safe, the family said.

Jennifer’s family says she was reassured that his firearms had previously been confiscated. And John had agreed to not be at the house. She thought about bringing a police escort but instead brought a friend.

“Unknown to Jennifer, John had parked in a secluded area nearby and hid himself from view, armed. He ambushed her without warning, shooting her twice and then turning the gun on himself,” said Jennifer’s family in a statement.

“He couldn’t stand to see her happy. If he couldn’t be happy, neither could she. It was a selfish act by a coward and bully and committed in the most cruel and premeditated way.”

And experts say, the most dangerous time for women leaving an abusive relationship is when they’re leaving.

“In the work that we do. We know that this is the riskiest time for women, for their safety, and that violence can escalate significantly in a period of leaving,” said Kisae Petersen, executive director of Islanders Working Against Violence.

“If the abuser is aware that a woman is leaving, he may try to take away access to children, impact or risk to pets and I know in this case there’s a strong connection Jennifer had with her horse.”

A GoFundMe started Friday morning, creating a trust for the boys, raised over $50,000 in a matter of hours. 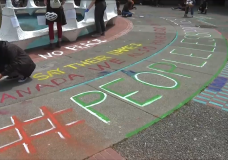 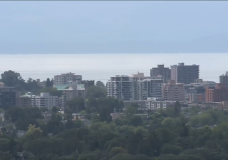