People connected to the forest industry on Vancouver Island are voicing their opinions about the B.C. government’s decision to defer logging of 20,000 square kilometres of old-growth trees.

The Truck Loggers Association says it’s worried because old-growth logging is a vital part of the economy that supports many value-added wood products made in B.C.

“There are a lot of people that depend on it — 100,000 jobs, depending on what study you listen to, that are dependent on the forest industry in one way or another in this province, so do the math,” said Bob Brash, executive director of the Truck Loggers Association, who lives near Nanaimo. “A significant cut in the annual allowable harvest through these deferrals will have significant job impacts.”

The government says it’s a temporary measure, recommended by an independent Old Growth Strategy Review while it along with First Nations and partners develop a new approach to sustainable forest management.

The government says the plan will prioritize ecosystem health and community prosperity throughout B.C.

The province has assured the First Nation it won’t face further old-growth deferrals without its agreement.

“We just want to say this is our land, our forests, our fisheries and our decision and that’s what we’d like it to be,” said Robert Dennis, Huu-ay-aht Chief.

“In regard to the announcement, we just want to take our time there. Review what’s been released and look at it and by Jan. 15 provide a response to B.C.,” said Dennis.

“There’s a lot of players in that game and unless they take their time somebody’s going to get ripped off here,” said Mayor Bob Day.

Day says he’s glad municipalities are being consulted and that the province would have to help transition the industry if more old-growth is protected in the future. 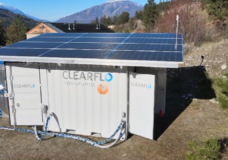 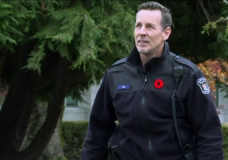