The Vancouver Island Real Estate Board says listings were on the rise in May and there is a shift in the market.

Despite that, May still saw increases in the benchmark price unlike parts of the lower mainland that saw it decrease in May.

At a Sunday open house, people were checking out a less than two-year-old home in North Nanaimo. The executive home with more than 3,400 square feet including a rental suite has been on the market for almost two weeks and it’s listed at $1.29 million.

That it’s still for sale is a sign the market is changing in recent months.

“It might’ve sold within a week or two. Houses were flying off [the market] in February within the first week. Now it’s taking a little bit longer,” said Patty Lew-Lapointe, a RE/MAX

The Vancouver Island Real Estate Board says the number of homes for sale, north of the Malahat has climbed 64 percent from a year ago or 34 percent from April.

Despite that, the benchmark price continued to rise in May.

“I was actually quite shocked to see we were up 32 percent from last May of 2021 with our new benchmark price on Vancouver Island of $867,000,” said Kelly O’Dwyer, the Vancouver Island Real Estate Board’s Vice-President.

The housing benchmark continues to rise, while on parts of the Lower Mainland it’s dropping.

“We’re still seeing the pressure from Vancouver people selling and wanting to move to Vancouver Island for sure up to Campbell River, Courtenay, Comox those prices are still holding,” said O’Dwyer.

Interest rates are also having an impact. The Bank of Canada increased their prime rate last week and some first-time home buyers are feeling the pinch.

“Yes, we’re seeing that the increase to a 4.19 percent is what I’m hearing for a five-year mortgage which pushes up the stress test if you don’t have 20 percent down to 6.19 percent for some of those buyers that are five, 10, 15 percent down so their buying power is definitely a little bit lower than it was two months ago,” said O’Dwyer.

Colin Johnston is looking for a different home in Nanaimo with a suite his grown children may be able to live in. He says he’s much more comfortable with the market now compared to several months ago.

“We have a map of five or six places we’re taking a look at today and you don’t feel quite so pressured that everything is moving so quickly and selling over asking by a long shot,” said Johnston.

The Board which released the May numbers on Friday says sellers still had the advantage in May but most realtors and buyers are welcoming more housing inventory and balance.

Last week a report listed Victoria as one of the most unaffordable cities in Canada. 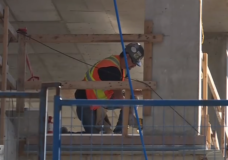 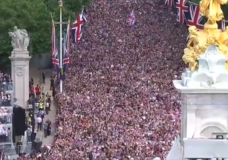