Posted: Sep. 19, 2021 6:11PM
CHEK
WatchIt's been more than a month since the Taliban have seized Kabul and many in Afghanistan are still desperately trying to escape the country. Tahmina Aziz has more.

It’s been more than a month since the Taliban have seized Kabul and many in Afghanistan are still desperately trying to escape the country.

Thousands have fled to Canada following the August withdrawal of U.S. troops, most of them landing in Toronto — but that soon will change.

Calgary is set to receive about 5,000 Afghans, who were first evacuated to the United States within the next three months.

Vancouver Island is expected to receive an undetermined number within the same time frame, according to Jean McRae, the chief executive officer of Inter-Cultural Association of Greater Victoria.

She said while refugees are welcome, the biggest challenge will be finding housing for them.

She said many of the refugees who have fled have nothing but the clothes on their back and are in need of basic necessities, such as food, clothes and hygiene products.

She urges the local community to come together when the time comes and offer their assistance.

BC4Afghans, an Afghan-Canadian advocacy group in the province, has been doing just that — raising funds and providing aid, resources and resettlement services for Afghan newcomers.

The group has been working closely with the refugees and say more help is needed.

“We found that many families that are arriving are at a state of shock as they are in this transitionary period. Many of the needs and support that they’ve requested are basic in nature,” said Hadia Samim, one of the group’s organizers.

“They don’t have families. They don’t have friends that they can rely on. So, as part of BC4Afghans, it’s even more imminent to create a sense of belonging,” she continued.

While the organization said they’re overwhelmed and thankful for the community’s generosity and donations, they want to work with local stakeholders to develop a robust resettlement strategy and execution plan.

“The local Afghan community in British Columbia is largely unaware and not included in these conversations, which makes it really hard for us to support Afghans who are coming here,” said Soraya Parwani, another organizer of BC4Afghans.

Afghan-Canadians on Vancouver Island with family back home are feeling anxious and many now seeking mental health support.

“They have come to us — several of them — within just the last week or so, just searching for mental health assistance because they’re feeling depressed. They are very fearful about their family. They’re very anxious,” said Adrienne Carter, the director of services for the Vancouver Island Counselling Centre for Immigrants and Refugees (VICCIR).

“And they don’t know what’s going to happen or how to assist their families back home,” she continued.

She said VICCIR recently hired an Afghan translator due to the influx of Afghan clients and is seeking a female translator as well.

Like Carter, Samim and Parwani welcome donations as funds are running low.

They also urge Ottawa to provide immediate humanitarian aid to Afghanistan and not to recognize the Taliban as a legitimate government. 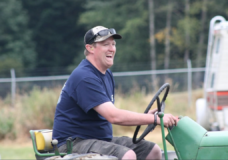 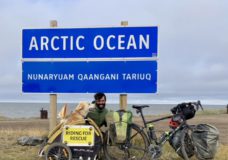 Vital People: Paul and Cinder's epic journey to the Arctic