New COVID-19 case numbers are in, showing thousands more British Columbians have been infected with COVID-19.

Also dealing with an outbreak is Victoria General Hospital, in two rooms of the general medicine unit on the 4th floor.

But the BC’s Nurses Union (BCNU) says staff on the South Island are dealing with an even bigger problem: a ‘frightening’ shortage of staff.

“Vancouver Island is, I would say it’s critical,” said Danette Thomsen, BCNU’s interim vice president. “Nanaimo is 25-35 per cent over capacity. Comox and Campbell River are well over 20 per cent most of the time. In Victoria, they are having a heck of a time with staffing. We’re hearing from nurses saying they’ve never seen it this bad.”

It’s a problem BCNU says is playing out in hospitals across the province.

“We are hemorrhaging them out of this province,” said Thomsen. “The government’s own data said we’ll need 24,000 new nurses in this province, that’s pre-COVID, and we can’t even educate that many.”

Thomsen is further concerned after hearing health authorities mandating over time as a solution to the current staffing shortages.

“We’ve heard rumours from the health authorities themselves. A lot of our nurses speak to managers telling them they may be get called back in, or forced to stay or cancel their vacations,” said Thomsen. “We need them to know that it’s ok to put their health first. Because if not, we’re only going to add to the shortage.”

Over in Ontario: sweeping new measures.

“We face a tsunami of cases in the days and weeks ahead,” said Premier of Ontario Doug Ford.

The latest modelling shows the Omicron variant could eventually overwhelm the province’s healthcare system if the surge goes unchecked.

As of Wednesday, Ontario hospitals have been ordered to pause all non-urgent medical procedures, school learning is going online, indoor dining and gyms are closed, and there are limits to social gatherings for at least two weeks.

Quebec remains under a nightly curfew as the province calls in the military to help with the vaccination campaign, as the health care system there struggles with rising hospitalizations. 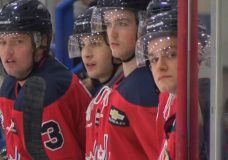 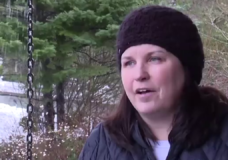