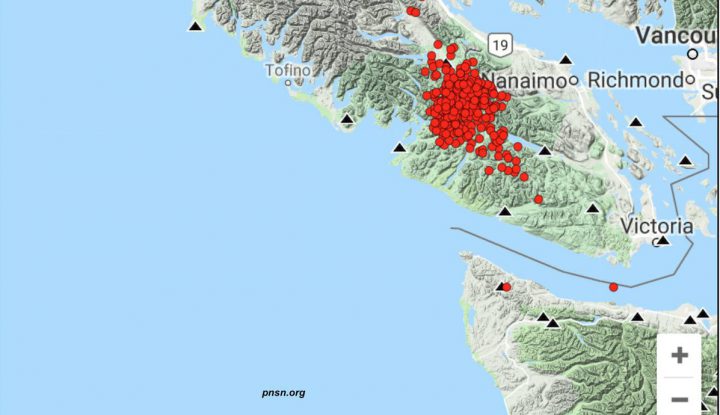 More than 250 tiny tremors stretching over south-central Vancouver Island, which were not felt, over the past 24 hours. Photo courtesy Twitter/John Cassidy/PNSN.

Islanders didn’t feel them, but seismologists are watching activity after more than 250 tiny tremors spanned over much of south and central Vancouver Island over the last 24 hours.

More than 250 tiny tremors (not felt) blanketed south-central Vancouver Island during the past 24 hours, extending from #PortAlberni to #CowichanLake, and slowly moving towards #Bamfield. This is starting to look like the expected (and regular) ETS event: https://t.co/urSgiNhwTU pic.twitter.com/x9Alt4t3N2

Seismologist John Cassidy reported the tremors on Twitter from the Pacific Northwest Seismic Network, saying the events stretched from Port Alberni to Cowichan Lake and moving towards Bamfield.

Cassidy says the activity is looking like an Episodic Tremor and Slip (ETS) event, which happens deep below the Earth’s surface along faults that make up tectonic plate boundaries.

Earthquakes Canada says an ETS involves “repeated episodes of slow fault slip of a few centimetres over a period of several weeks, accompanied by seismic tremors.”

Although all aspects of ETS are not fully understood, the importance of them may help give improved estimates of where and when a much bigger earthquake is likely to happen.

Prepared B.C. says earthquakes are a reality of living in the province and families should plan ahead and practice drills to prepare in case of an earthquake. 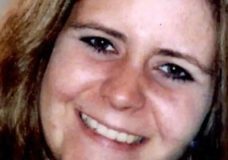 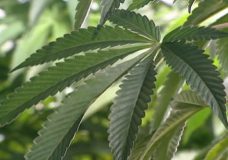