After 10 years blaming away the flickering lights in Nanaimo’s historic fire hall to an old electrical system, Firehouse grill owners Mike Atherton and Dean Andrichuk wonder now if there isn’t something more to it.

“The original fire chief here apparently died in these quarters right upstairs, right where we’re standing,” said co-owner of Firehouse Grill Mike Atherton. “And there’s been many stories about the place is haunted,” he said.

Other tenants have described seeing objects moving and a presence they couldn’t explain away in the fortress-like building that was built in 1893. Those accounts are detailed in the new book, “The Haunting of Vancouver Island”, where the fire hall has a whole chapter dedicated to it.

“Is it haunted?” asks Dean Andrichuk, co-owner of Firehouse Grill. “Is there someone in there is there a spirit,” he wonders aloud.

Mike Atherton now reconsiders the time he was closing up for the night and getting into his car outside, saw the light in the women’s washroom come on.

“And it was kind of spooky gave me chills but I came back in the building, checked everything out,” said Atherton. “Didn’t see anything there was no one in the building so I locked up and left,” he said.

In “The Haunting of Vancouver Island,” Nanaimo author Shannon Sinn delves into the dark tales that people can’t stop telling and looks at the accounts with an investigative eye.

“I interview people, I go to the location and a lot of times I’m researching history like through the archives,” said Sinn.

Another chapter shares the story of Nanaimo’s Beban House, where inside children years apart have described seeing a Chinese boy with a long braid down his back, playing with a ball. Records show the family who originally lived in the house had a Chinese cook.

The sightings of apparitions in the original home of John Tod, in Oak Bay are shared as well.

Bringing to life old stories many that have been forgotten about this place we all call home. 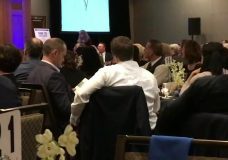 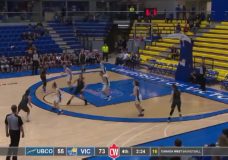