August 14, 2020 updated
CHEK
WatchAlready dealing with extra protocols due to the pandemic, the Boys & Girls Clubs of Central Vancouver Island got hit by vandalism.

The Boys and Girls Club of Central Vancouver Island says it has once again been the victim of vandalism.

This time, vehicles belonging to the Nanaimo organization have been damaged. The windshield of a Boys and Girls club bus was recently damaged by a BB-gun, one of four vehicles hit.

“It was really quite disappointing and it’s tough when you then say to the parents when they drop their kids off, you know, that the plans have changed for that day. And not only that it’s costing us a lot of hard-earned funds,” said Karen Love, executive director of the Boys & Girls Clubs of Vancouver Island.

Club staff discovered the damaged windows at their Bowen Road site on Aug. 4 and reported it to the police.

The windows on the other vans have since been fixed.

Love says the COVID-19 pandemic has already been tough on the charity and the vandalism just makes operating even tougher.

“You’re having to deal with less kids on for socialization, more staff. We have staff cleaning. We have very high protocols on our vehicles alone to make sure we can still transport kids and so this is just another thing to put on our “to-do list” now.”

In October 2018, the Boys and Girls Club vehicles were getting particularly hard hit at their location on 5th street in Nanaimo.

“It’s such a shame that people are out there committing these acts of vandalism particularly in a situation like this where the cost is now going to be born by donating or paying for services from the Boys and Girls Club,” said Sgt. Jon Stuart, with Nanaimo RCMP.

Police say they’re hoping someone will come forward with information.

“It’s not necessarily on Aug. 4 that someone might have seen something so if you’ve seen someone hanging around or doing something suspicious and you thought nothing of it at the time perhaps give us a call,” said Stuart.

The club says the damage will be covered by insurance but suspect their premiums will also be going up. 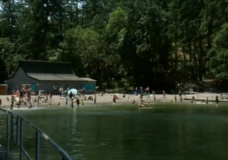 'We could handle this better': expert says B.C. needs to beef up COVID-19 message to youth 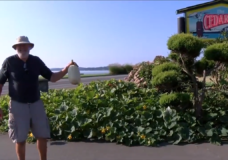