July 13, 2021 updated
CHEK
WatchAn extremely rare sighting of a whale species you may have not even heard about has been made by researchers off Vancouver Island's coast.

What started off as a glimpse of blowholes on the horizon, turned into a sighting so rare, scientists say it’s never been documented.

“We were hoping to run into a few exciting sightings but we were not prepared for what we found,” said Thomas Doniol-Valcroze the lead scientist with the Department of Fisheries and Oceans’ Cetacean Research Program.

Researchers on an expedition 300 kilometres west of Vancouver Island stumbled upon a group of 25-30 endangered sei whales.

“It’s simply unprecedented. Nobody on this coast has documented this many sei whales together,” said Jackie Hildering, a researcher with the Marine Education and Research Society.

Never heard of a sei whale? You’re not alone.

“The average British Columbian doesn’t know what a sei whale is, let alone that they’re here, or how to pronounce it,” said Hildering.

Sei whales are rare in Canadian waters, with only a handful of sightings in the last 50 years. A result of intense whaling that brought them to the brink of extinction.

“Sadly this is a bit of a dark piece of British Columbia’s history with marine mammals in that we had an extensive commercial whaling industry,” said Dr. Anna Hall, a marine zoologist.

“In British Columbian waters alone over 4,000 animals were killed and in the greater North Pacific, more than 62,000 sei whales were taken in the commercial whaling era. And that didn’t end until the late 1960’s.”

As a result, scientists don’t know much about sei whales.

What they do know, is that they’re baleen feeders in the same family as blue and fin whales. They’re long and lean, with a dorsal fin almost like a dolphin’s, known to be fast swimmers, catching speeds up to 50 kilometres an hour.

“Oh my god we’ve just stumbled across this huge aggregation of endangered whales that so little is known about even though we exploited them so much,” said Hildering.

The sighting of these whaling survivors first-hand is humbling, and scientists are hopeful to learn more.

“We’re starting to see a pattern where more and more are coming back to our waters,” said Doniol-Valcroze. “What’s exciting about it is now we can try to plan dedicated work.”

The team took skin samples of the whales which they’ll run genetic analysis on to understand which population these whales come from.

In the meantime, this sighting is inspiring hope, of a comeback.

“Where they go, where they’ve been, what they’ve been doing, at this point only they know. But this will renew strength and hope for their recovery,” said Dr. Hall. 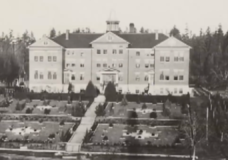 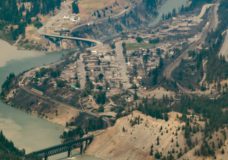 RCMP investigating two areas over possible cause of fire that destroyed Lytton, B.C.