For many Canadians, a visit to the dentist’s office is a luxury they can’t afford.

That’s because, according to Statistics Canada, one in five avoid going for a dental check-up because of the high costs.

“I needed my wisdom teeth taken out,” said Colette Langdon couldn’t pay for the procedure right away. “As a single parent, that was just not something that I could do.”

But that may be about to change.

That’s because the Liberals have committed to a universal dental program for middle and low-income Canadians as part of a confidence and supply agreement with the NPD. The deal lays out a specific approach to dental care, starting with kids under the age of 12 in families with an annual income of less than $90,000.

Dr. Ross Crapo, a dentist for more than four decades in Victoria, welcomes the idea of universal dental care. He said universal dental would benefit many, noting that dentists often see patients who have held off visits for months due to costs.

“We see cases all the time where our hearts and sometimes we even express it,” said Crapo. “We can do this for free. Because we see that there is such a need.”

The new program is expected to make a difference in the lives of seniors, according to Laura Tamblyn Watts, CEO of CanAge, an advocacy group that focused on improving the lives of older adults through advocacy, policy, and community engagement.

“What we’re seeing announced just yesterday could prove to be a really significant improvement in the lives of older British Columbians as well as older Canadians.”

The details of the program are still being worked out between Ottawa and the provinces. 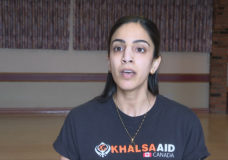 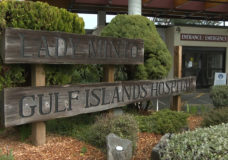