Multiple people at a Greater Victoria jail have positive for COVID-19, says the union representing staff members at the facility.

According to Paul Finch, the British Columbia General Employees’ Union’s treasurer, over half a dozen people at the Vancouver Island Regional Correctional Centre in Saanich have tested positive for the novel coronavirus in recent days.

“There have been several confirmed cases in the last few days and so we’ve got figures from the end of September to the beginning of October and we believe there’s been approximately over a dozen confirmed cases,” said Finch.

Details regarding the exact number of positive cases and whether the infected individuals are inmates, staff, or a combination of the two, are not clear.

Island Health has not declared an outbreak at the facility, located on Wilkinson Road, or provided any information about the number of infections. In a statement to CHEK News, Island Health said it doesn’t comment on or confirm specific details about cases of COVID-19.

“Contact tracing from Island Health’s Public Health team ensures anyone with a potentially close contact exposure to a confirmed case is followed up with and given appropriate direction,” the health authority said in its statement, adding. “All outbreaks declared by the Medical Health Officer are posted on our website. There is no outbreak declared by Medical Health Officers at the Vancouver Island Regional Correctional Centre.”

Finch said he’s heard from members in the union and correctional officials that there are concerned about the growing situation and how it is being managed.

“Obviously, we’re very concerned about the well-being of the inmates as well as the staff. Really, there’s a lack of isolation protocols for when somebody has COVID,” he said. “As well, there is a real problem with the cleaning protocols. We need better cleaning, better sanitation at these facilities.”

The provincial government has also not disclosed details about the number of infections at the Vancouver Island Regional Correctional Centre. In a statement to CHEK News, the province said BC Corrections follows public health guidelines and that safety measures, such as regular disinfecting of highly touched surfaces including doorknobs, light switches and railings, are in place.

“When required, high-intensity professional disinfecting occurs throughout a correctional centre when a positive case is identified among staff or an individual in custody,” the statement read.

The provincial government also says BC Corrections continuously monitors for COVID-19 for all individuals in custody.

Those measures, however, aren’t enough, according to Finch.

“This is a constant struggle and one you’ll see in correctional centres across the province,” he said. “Consistently, there’s a struggle around cost versus outcome and very clearly, we believe there needs to be smaller correctional officer to inmate ratios. There needs to be better conditions for those inmates in the form of better cleaning. Basically, less inmates crammed into cells and less double-bunking.”

He also said the increased spread of the Delta variant is another cause for concern and that BC Corrections must step up.

Meanwhile, the province said all correctional staff are screened upon entrance and inmates who tests positive for COVID-19 will be medically isolated. 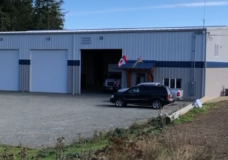 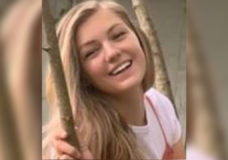