It’s mascot that raised a stink over the capital region?s system of dumping raw sewage into the ocean.

After 13 years of protests, his creator, elementary school teacher James Skwaro, agreed to step down after the CRD finally adopted a plan to build a treatment facility by 2020.

Washington state and Seattle objected to the lack of treatment in Victoria, even threatening tourism boycotts over the years.

Mr Floatie says, ?I?m just part of a large movement, a movement of caring and determined people, who have been pushing really hard to get sewage treatment for Victoria. Now it?s time for me to be relieved of my duties.?

Residents of Seattle say they’re thrilled to see him go and more importantly to hear B.C.’s capital is taking action.

“I’m glad that Victoria is getting with the times, it can be flushed,” says one resident.

Even the Seattle Fire Department was pleased about the retirement.

Despite the humour of Mr. Floatie, Canada’s Consul General in Seattle says the lack of sewage treatment is no laughing matter.

“As recent as two weeks ago in a presentation I gave, that had nothing to do with environment or sewage, the issue was raised in a Q&A. It’s engraved into the mentally and awareness of people in the Northwest Pacific,” says James K. Hill.

“For the residents of Washington and for folks south of the boarder this is extraordinarily important, it’s about clean water,” says U.S. Consul General for British Columbia Lynne Platt.

The trip was paid for by Tourism Victoria, in a marketing effort aimed at residents of Seattle who were angry over the dumping.

“We would get emails on a regular basis,” says Tourism Victoria CEO Paul Nursey, “we would get notifications from our conference hotels that they would lose business and since I’ve been in this role , about three years, we’ve have two serious threats of two serious tourism boycotts, so it’s an ongoing issue, and we’re so happy to see it’s behind us.”

James Skwaro, the man behind the costume, says he’s happy to have made a difference..

“I have mixed feelings, you know I’m attached to Mr. Floatie, but at the same time I’m a little tired of having to wear that piece of you know”

What’s next for the mascot? Skwaro is looking to get him in the Royal BC Museum, where his legacy can live on. 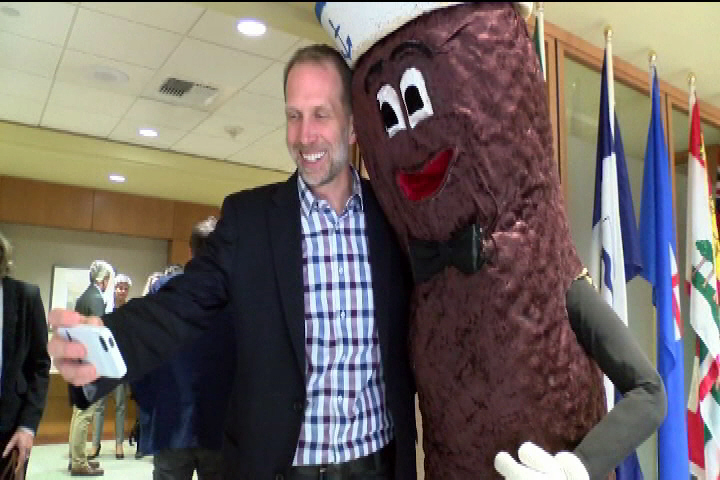 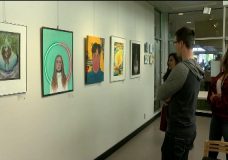 Youth art from across Greater Victoria showcased at local exhibit 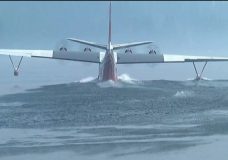