British Columbians looking to book a cruise out of the United States later this year may find they aren’t considered fully vaccinated, due to American rules over mixed vaccination types.

The cruise sector says it is bound the U.S. Centres for Disease Control regulations for ships at U.S. ports, which can mean Canadians with mixed brands of vaccine are deemed unvaccinated by American officials.

“Itineraries operating to and from U.S. ports and waters are governed by the CDC,” said Donna Spalding, a spokesperson for Cruise Lines International Association in Vancouver.

“At this time the CDC continues to define a fully vaccinated person as one who has received both doses of the same mRNA vaccine or a single dose of the J&J (Johnson & Johnson) vaccine.”

That means some British Columbians who received a mixture of Pfizer and Moderna for their two doses may be rejected by cruise companies, even though British Columbia and Canada considers the two mRNA vaccine brands identical and interchangeable. In B.C., you are encouraged to take whichever one is available at the time of your vaccination appointment.

The most stringent of the cruise companies so far appears to be Norwegian Cruise Lines, which on its website says all passengers must be vaccinated with a single brand of vaccine.

The rules are relaxed if the cruise ship is departing from a foreign port. But many Canadians fly to the U.S. for cruise ship destinations that only begin in that country.

Other cruise companies, including Royal Caribbean, Holland Cruise Lines, Princess Cruise Lines and Carnival Cruise, do accept a mixture of mRNA vaccines like Pfizer and Moderna.

However, none of the companies recognize AstraZeneca, because the United States never approved that vaccine.

“Guests who have received two single doses of mixed vaccines that are the same type (e.g., mRNA) will be considered fully vaccinated and will be permitted to sail, so long as the final dose is received at least 14 days prior to the beginning of the cruise.”

The companies, and cruise ship sector, note that health guidelines are changing over time and passengers should check regularly for the latest information.

The current situation, if unchanged, could make it particularly complicated in the future for some British Columbians to board a ship in Victoria or Vancouver bound for Alaska, because they could be considered vaccinated in Canada and unvaccinated in the U.S.

Almost 240,000 people with different Pfizer and Moderna shots could be affected in the case of Norwegian Cruise Lines, and more than 150,000 people with an AstraZeneca mix could be deemed ineligible for the other cruise companies, if departing from a U.S. port.

Provincial Health Officer Dr. Bonnie Henry has said she hopes the U.S. eventually falls into line with the World Health Organization’s guidelines, which recognized mixed vaccines, as well as AstraZeneca.

Henry has repeatedly cited research that shows mixing vaccine brands is safe, and in some cases involving AstraZeneca may in fact produce a more beneficial immune response against COVID-19.

Canada recently announced it will end a ban on cruise ships in its waters in November. 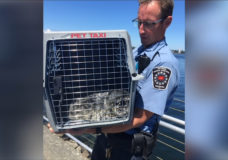 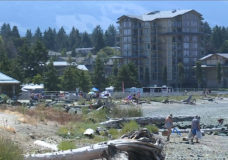 Tourism rebounding on Vancouver Island amid concerns about the Canadian-U.S. border