Two Victoria restaurants are charging an extra tax instead of upping their food prices, catching some customers by surprise.

Hardy and her husband had just finished lunch at 10 Acres Restaurant in Victoria when they noticed an additional charge of $1.25 on their bill under the heading ‘EHB’.

“We didn’t know what it was, so we asked the girl at the front desk and she said it’s an Employee Health Benefit. And I asked, ‘The customer has to pay it?’ And she said, ‘Yep,'” said Hardy.

In a statement to CHEK News, 10 Acres Restaurant says health benefits were downloaded onto employers in 2020, then five days of sick pay were enacted in 2021.

“While we support our employees and want them to enjoy those benefits, these costs also need to be passed on,” said 10 Acres Restaurant.

The president and CEO of the BC Restaurant Association says he doesn’t think this will become a trend across the province.

“I think some people might see it as being totally up front…But we don’t want to get into a situation when you’re in a hospitality environment, and now you’re checking your bills to see if somebody added something (you) didn’t know about. I think the preference in our industry is to go with one price and build it all into one price,” said Tostenson.

However, 10 Acres is not the only restaurant on Vancouver Island charging a fee like this. Belleville’s, also in downtown Victoria, has been charging a similar tax for over three years now.

Their charge is called a ‘BCH fee’, which Belleville’s owner Rob Chyzowski says is nine per cent of someone’s bill.

Chyzowski says he implemented it when MSP Health Benefits were charged to employers through the Employers Health Tax. He says he increased the amount when the pandemic began and increased it again more recently to encompass the now provincially mandated five sick days employers have to offer.

Both restaurants say if people don’t want to pay the fees, they’re happy to remove it.

But for Hardy, it’s too little too late.

“I was really disgusted and I’m certainly not going back there,” said Hardy. 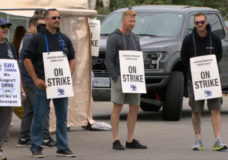 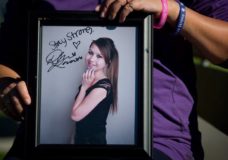