WATCH: A bird rescue organization near Courtenay has a bit of a mystery on its hands after three large birds showed up covered in some kind of oil. Two eagles and a turkey vulture are being cleaned and treated in hopes that they can be released. Dean Stoltz reports.

Two eagles at the Mountainaire Avian Rescue Society (MARS)in Merville are being treated for oily feathers. One was picked up near Port Hardy, the other one near Campbell River.

“If the bird is clean, the water should bead up on it back, like you know, shingles on a roof or water off a duck’s back, kind of thing, and when we’d wet it down the water, it would soak right through. The bird had a total of fives baths and was still getting wet, Reg Westcott, supervisor of animal care for MARS, said.

They’re giving the birds time to preen on their own while using this special spray to help with weather conditioning, but the eagles already looking much better than it did when it came in. Both eagles looked more like a skeleton with wings because when an oily bird gets wet, it has a very hard time drying out.

“And when they’re wet, if they were flying over a water passage during an extreme rainfall, they might not be able to sustain flight and go into the ocean or lake, or just literally die from hypothermia on a cold night because they don’t have those feathers to protect them,” Westcott said.

MARS is also taking care of a turkey vulture found on the road to Tahsis. It’s covered in oil as well and still in the bathing stage.

“It’s got some sort of contaminant or oil on its feathers. We do in fact use Dawn and we make a solution where the water is actually slippery with soap. We bathe the bird very thoroughly and gently, combing this through their feathers and then rinse them very thoroughly,” Jo Stiles, a volunteer caregiver at MARS, said.

MARS does not know where the unknown contaminant is coming from.

“We’re not saying that this is a human-caused problem. This could be something that’s out in nature because fish have high oil content. Whales do die and wash up on the beach and eagles feed on them and dead sea lion carcasses, so it’s a familiar smell but we haven’t been able to track down exactly where this contamination is coming from.

They also don’t know where or when it happened, saying it could have been during the summer and only when it rained recently, did they get waterlogged. All three birds are expected to recover and be released in the near future. 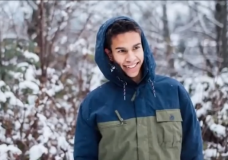 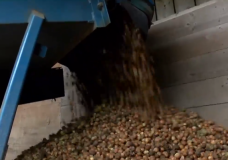