File Photo
Prime Minister Justin Trudeau has announced that the 75% wage subsidy will be available for more than just small businesses.

Prime Minister Justin Trudeau has announced that the 75% wage subsidy will be available for more than just small businesses.

In his daily address to Canadians, Trudeau revealed that the subsidy program will be extended to all businesses whose revenues have dropped by at least 30 percent due to COVID-19.

“The number of employees you have will not determine whether or not you get this support. It will apply to non-profit organizations and charities as well as companies both big and small,” said Trudeau from his home at Rideau Cottage in Ottawa. “This is about making sure that people are still getting paid, whether they work for a business that employs 10 people or 1,000 people.”

During the press conference, Trudeau went on to outline the details of what that will look like for employees. He said that the government will offer up to 75 percent of salaries on the first $58,700. That will break down to $847 per week, backdated to March 15.

“This subsidy will make a real difference in your lives and help everyone affected bridge to better lives,” added Trudeau.

Last week, Trudeau unveiled the new 75 percent wage subsidy, but it was targeting small to medium-sized businesses. On Monday, the new details revealed any business is eligible for the program based on their revenue, but the expanded parameters came with a word of caution from the Prime Minister.

“If you have the means to pay the remaining 25 percent that’s not covered by the subsidy, please do so. If you think this is a system you can take advantage of or gain. Don’t. There will be serious consequences if you do,” warned Trudeau.

The Prime Minister suggested that this “unprecedented” situation calls for trust and for everyone to act in good faith.

“In order for our strategy to work, everyone has to do his or her share. Every dollar is intended for employees. You must do anything you can to supplement their wages and re-hire any workers laid off in the last few weeks,” added Trudeau.

According to Trudeau, the consequences for businesses who take advantage of the program are currently being ironed out and will be announced at a later date.

For businesses that need additional help beyond the wage subsidy, Trudeau has made loans available to help with cash flow, as well as delayed the payments of GST and HST until June.

When asked by the media about how Canada will be able to handle the significant government spending going towards COVID-19 measures, Trudeau implied that the country is more than prepared for emergency situations such as this pandemic.

“Canada has taken responsible decisions over the past many years to have one of the best balance sheets in the G7. We have been making sure we have money aside for a rainy day. Well it’s raining,” said Trudeau. “We are now able to invest in Canadians, to support Canadians as we make the difficult decisions needed to get through this and come back stronger than ever before.”

In addition to the expanded wage subsidy, Trudeau provided an update on Canada’s military response during the pandemic as well. He said so far, the federal government has received no request from the provinces or territories to call for military aid with COVID-19 response efforts, however, Trudeau said the Canadian Armed Forces are ready if that changes.

“Whether it is to bring medical equipment to those who need it or to help out with forest fires or flooding, our men and women in uniform are always there for you. They have a plan to support our communities during this difficult period,” said Trudeau. 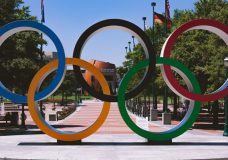 Tokyo Olympics announce new dates for the games in 2021 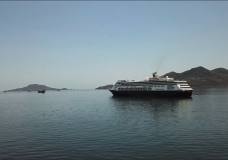