May 8, 2020 updated
Canadian Press
PM Justin Trudeau has announced the federal government will be extending the Canada Emergency Wage Subsidy amid the COVID-19 pandemic.

Prime Minister Justin Trudeau has announced the federal government will be extending the Canada Emergency Wage Subsidy (CEWS) amid the COVID-19 pandemic.

During his daily press conference outside Rideau Cottage in Ottawa, Trudeau said the wage subsidy, that is aimed at helping Canadian businesses, will be extended beyond the month of June.

The program covers 75 per cent of employee salaries up to $847 per week to try to help employers keep workers on the job in the face of steep declines in revenue during the pandemic.

According to Trudeau, the program has seen employers apply for nearly 2 million workers’ subsidies since its launch last week.

The prime minister said as the economy starts to reopen across the country, the subsidy will play a bigger role with more Canadians preparing to ease back to work.

Anticipating that many Canadians will be re-hired in the coming weeks and the Canada Emergency Response Benefit (CERB) payments will not be as heavily relied upon, Trudeau said it was important that the wage subsidy remains in place in order to “help kickstart our economic reopening and boost jobs.”

Trudeau said that specific details of the extension will be revealed next week.

“To businesses hit by COVID-19, the wage subsidy will continue to be there for you to help you keep your employees on the payroll,” added Trudeau.

The prime minister also encouraged employers to bring back anyone that they had to let go during the pandemic.

Initially, the program was slated to fill a 12-week void for businesses, offering financial support from March 15 to June 6.

In addition, Trudeau said that the Canada Emergency Business Account (CEBA) has been accessed by more than 500,000 businesses across Canada. The CEBA is a financial support program that offers $40,000 loans, interest-free in the first year, to businesses struggling with cash flow as a result of COVID-19.

Trudeau’s announcement comes on the same morning that Statistics Canada revealed that the Canadian economy lost almost two million jobs in April, a near-record high, as non-essential businesses across Canada remained closed over the month to slow the spread of COVID-19.

The April figures come on top of more than one million jobs lost in March, and millions more having their hours and incomes slashed.

Statistics Canada said in their report that the national unemployment rate soared to 13 per cent, compared with 7.8 per cent in March.

Here in British Columbia, the unemployment rate jumped from 7.2 percent to 11.5 percent. Despite the grim numbers, residents in the province can look forward to an upcoming ease of restrictions, as health officials unveiled plans to reopen the economy earlier this week. 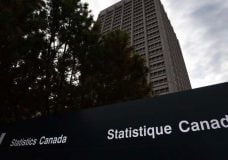 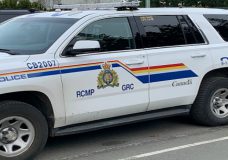