Transportation project to save Western Toads in the Cowichan Valley

A project is now underway to help protect Western Toads in the Cowichan Valley.

Each year at this time, the amphibians begin their migration from Wake Lake, however, the journey is dangerous as they cross busy roads.

Many die as they migrate across Riverbottom Rd and Barnjum Rd.

“We’re actually doing things to reduce the mortality by installing a number of new cross culverts as well as directive fencing to help guide them into the culverts so that they can safely travel under the road,” said Sean Wong, a Senior Biologist with BC’s Ministry of Transportation and Infrastructure.

Western Toads have been federally listed as a Special Concern by the Committee on the Status of Endangered Wildlife in Canada.

The death of Western Toads migrating across roads has been an ongoing issue across western North America — including Vancouver Island — but making this project unique is a new kind of fencing strategy.

“The actual type of fencing that we’re using here, as far as I know, it’s the first time it’s been tried,” said Wong.

They’re cutting heavy-duty plastic culverts in half, anchoring them to rocks and putting some fill around them.

The idea is that any toads on the wrong side will be able to get into the safe area but not get out.

Those working on the project are keen to see the final results.

Gordon Williams has lived in the area for 57 years and he says some years the roads are like oil slicks with so many toads crossing during the roughly three-week annual migration.

“No one wants to kill them but there’s no way to avoid them. You couldn’t miss them be it a car or a horse or a person walking even.”

Williams says he too hopes the project will be successful as well.

“When they’re putting that much money out on anything you’d like to know really how well it is going to work,” he told CHEK News.

The project cost is around $200,000 and it should be complete next week around the time the western toad migration will begin.

In recent years a Vancouver Island videographer has put out a documentary with incredible footage of the Western Toad migration. 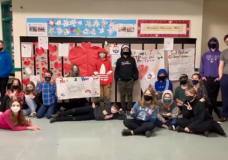 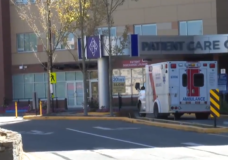