It’s the peak of the salmon run at Goldstream Park, and locals are awed by annual migration. But interest in B.C.’s wild salmon is not just for locals.

The state of wild salmon stocks is at the heart of a federal review of the province’s open-net farms. On Thursday, Terry Beech, parliamentary secretary to Federal Fisheries Minister Bernadette Jordan, would not disclose any details on closing any operations.

What Ottawa is doing is launching consultations with First Nations, the aquaculture industry, and conservation groups on developing a concrete plan for removing open-net pens from B.C. waters.
There are dozens of operations along B.C.’s coast, and many with licences up for renewal this year.

Industry opponents are not happy with the delays.  Biologist Alexandra Morton said it’s time for Canada to change its practices.

The industry says it produced a report indicating that BC produced 63 per cent of Canada’s farmed salmon, and employs 6,300.  John Paul Fraser, executive director with the BC Salmon Farmers Association, said many of those jobs are on the north Island and B.C.’s north coast.

“Right now, particularly with the downturn in forestry and mining, we are a lifeline for a lot of those communities. So I think this conversation might be an opportunity to strengthen that over time. And to really recognize just how important the industry is on Vancouver Island, in particular,” Fraser said.

An interim report for the minister expected this spring. 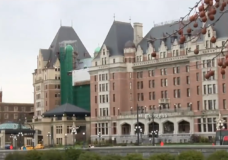 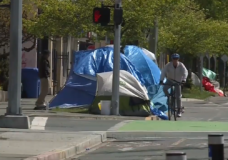