WATCH: The new Fort Street bike lanes have been no strangers to controversy since construction began on them last year, and now that they’re open they are still making headlines. Now its the B.C. Transit union who says because of the bike lanes, it’s a tight squeeze getting through when cars are improperly parked. Luisa Alvarez reports.

The Fort Street bike lanes are making headlines again, this time it’s the transit union who have their concerns.

“If people haven’t parked just right or a little farther away from the road or are larger commercial vehicles it really puts a squeeze on the bus being able to navigate that section of the road,” said Unifor local 333 President Ben Williams.

Williams says its been a struggle for drivers to get through to the point of almost stopping the bus altogether.

“They were actually in a situation where they thought they might have to stop the transit bus and not carry on forward just due to the fact of how narrow it actually got,” said Williams.

The city did consult B.C. Transit when designing the bike lane route, and according to Mayor Lisa Helps the road meets all their guidelines.

The two-way cycle track officially opened last Sunday and cost the city $2.27 million dollars.  It runs on the north side of Fort between Wharf and Cook Streets.

Williams says the problem area is mostly in the block just east of Wharf Street but still the issues run along the whole 1.2-kilometre stretch.

“I think we can put up some signs on that block of Fort Street that says help keep the buses moving tuck your car into the curb right, we are all in this together we’ve all got to work together to find solutions,” said Helps.

But Williams says cars parking improperly isn’t the only issue.

“Other areas that we’ve seen that there are problems is when the bus actually exits out of the bus zones they get put into a situation where they have to actually use two lanes whereas in the past they were able to stay in the lane that they were trying to enter,” said Williams.

The same concerns were raised about the Pandora bike lanes when they first opened in 2017, and Williams says those problems there still persist. 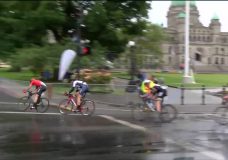 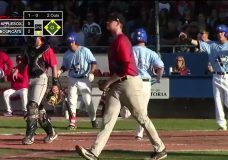