Man airlifted near Duncan after being extricated from under vehicle 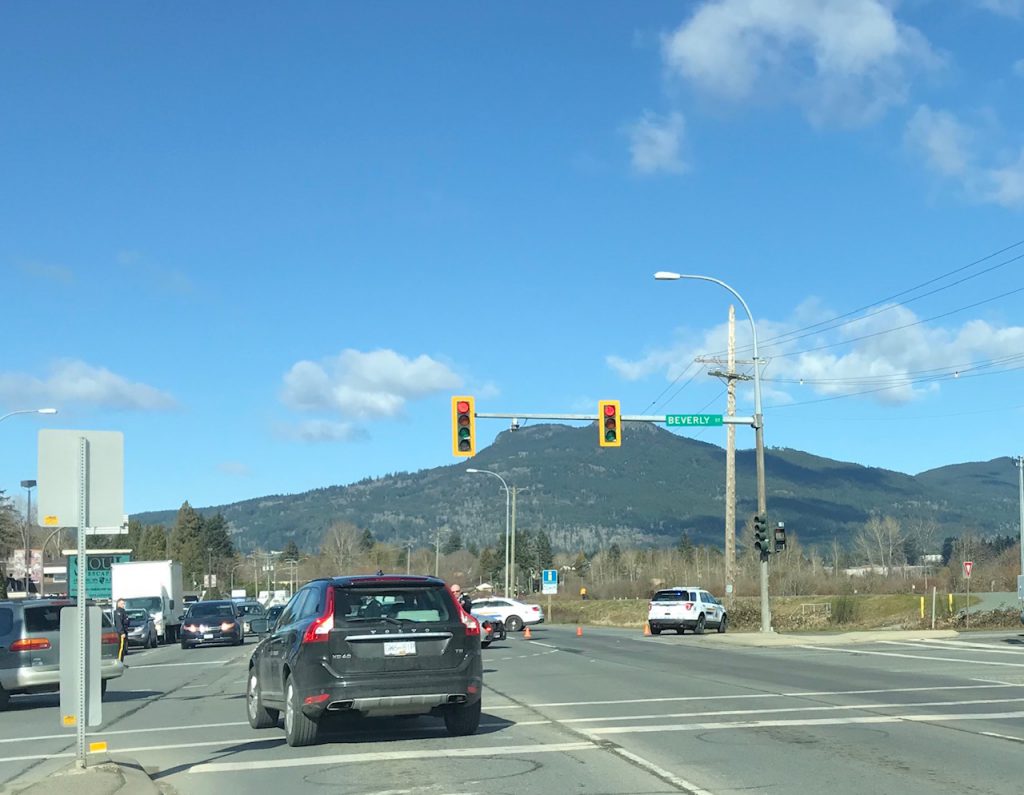 Submitted
The Trans-Canada Highway temporarily closed in both directions to deal with a vehicle collision near Duncan on Wednesday.

A man was airlifted to hospital late Wednesday morning after he became trapped under a vehicle north of Duncan.

According to North Cowichan manager of fire and bylaw services Martin Drakeley, a worker from Island General Motors (GM) was pinned under a vehicle he was working on at the Drinkwater Road and Trans-Canada Highway intersection. Police, firefighters from the North Cowichan Fire Department South End fire hall, and BC Ambulance responded

Drakeley said the man was extracted from under the vehicle then flown by helicopter to a trauma unit.

The Trans-Canada Highway was temporarily closed between Green Road and Drinkwater Road shortly after 11 a.m. in both directions to deal the incident. The road reopened at around 12 p.m.

Police confirmed they were called to the incident in the 6000-block of the Trans-Canada Highway at 10:45 a.m.

North Cowichan/Duncan RCMP determined that the incident was a workplace one and it occurred at an automotive dealership in the 6000-block of Trans-Canada Highway. According to police, the man was in stable condition and was flown to a Vancouver hospital with serious injuries.

Drivers were being asked to detour away from the area and to use Highway 18, however, the road has been reopened as of noon.

Trans-Canada Highway is now open both North and South bound. Please be patient as the highway is very congested. https://t.co/ET8qL9jx9X

WorkSafeBC has also confirmed it is investigating.

“The primary purpose of our investigation is to identify the cause of the incident, including any contributing factors, so that similar incidents can be prevented from happening in the future,” WorkSafeB said in a statement.