When asked about a tip that an incident had taken place during Tofino Resort and Marina’s annual “Race For the Blue” event, the resort confirmed it was providing support for staff, though it did not comment further on the nature of the allegations.

“We were extremely upset to hear about highly inappropriate behaviour connected to one of our annual events,” the resort said in a statement posted on its website, replacing other content about the fishing event.

“Our first concern is for our staff, and we are responding to the needs of those affected. We have brought in an interim manager and continue to take steps to ensure the absolute safety and wellbeing of our team.”

1909 Kitchen and the Hatch Waterfront Pub, located at the resort, said on their Instagram accounts the venues would be “temporarily closed” until Sunday, cancelling a series of concerts coinciding with the fishing event.

“The safety and well-being of our team takes the upmost priority during this time,” The Hatch wrote.

Andrew Purdey, another co-owner of Tofino Resort and Marina, told CHEK News Wednesday that he has been on-site at the resort for 24 hours and is looking to find out more information about what allegedly happened. He declined to comment further on any specific allegations.Const. Alex Berube, spokesman for Island District RCMP, said RCMP had not recommended charges stemming from the event and thus could not confirm or deny that it was investigating.

Race For the Blue bills itself as the Pacific Northwest’s “leading bluewater tuna tournament,” taking place from Sept. 10-17.

Mitchell, a Stanley Cup winner and former Vancouver Canuck who owns a stake in the resort, was present at the event, according to stories posted on his Instagram account. The account since appears to have been deleted.

We're working to bring you more details. If you know more directly please reach out at [email protected]

This is a developing story. More to come.

-With files from CHEK’s Kori Sidaway 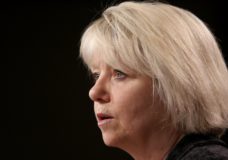 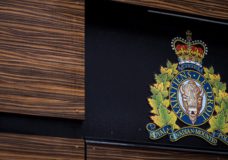