Three more cases of novel coronavirus in British Columbia, all linked to Iran

There are now three more cases of the novel coronavirus in British Columbia, bringing the province’s total to 12.

All three cases are linked to the outbreak in Iran. The announcement was made Tuesday afternoon by Provincial Health Officer Dr. Bonnie Henry and B.C. Health Minister Adrian Dix in Victoria. It was the second news conference of the day for Henry. Earlier Tuesday, the province announced its ninth case in the province: a man in his 50s who began to feel ill after he returned home from Iran last week to the Fraser Health region. The man and his close contacts are all in self-isolation at home.

The new cases are:

All the new cases are in self-isolation and their close contacts are being monitored.

“None of the cases today have needed hospitalization,” Henry said.

The total number of COVID-19 cases in the province is now at 12. Dix said the first five cases in B.C. were linked to China, where COVID-19 originated, but the last seven are related to travel from Iran. The previous cases in B.C. have also not required hospitalization. Four of the cases have recovered.

The B.C. government is asking travellers returning from Iran and China to isolate themselves for 14 days.

Henry said employers should also be assessing work travel and plans for when employees are sick.

“There may be community transmission at some point and now is the time to prepare,” Henry said.

Henry said the most important advice she can offer is for people to wash their hands to prevent infection as COVID-19 spreads around the world.

There are 20 cases of the novel coronavirus in Ontario and one in Quebec.

“We are testing vigorously in British Columbia. I think still more vigorously than any other jurisdiction. And part of the reason for that is exactly this. It allows greater containment and that’s been the core of what we’re doing and allows us to slow down the spread of the virus in British Columbia,” Dix said.

In Washington state, there are now nine deaths from the novel coronavirus: eight in King County and one in Snohomish County.

Henry has advised against stockpiling supplies, she said everybody should be ready to look after themselves and people in the community.

“Do we have the medications that we need, do we have contacts with friends and others who can assist us if we need to stay home, and can we do that for others?” Henry said.

If you are hearing of any school trips or event cancellations due to coronavirus, please email [email protected] 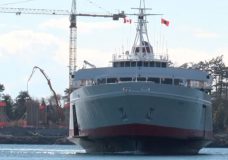 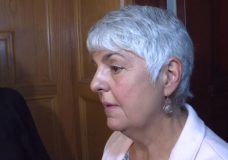