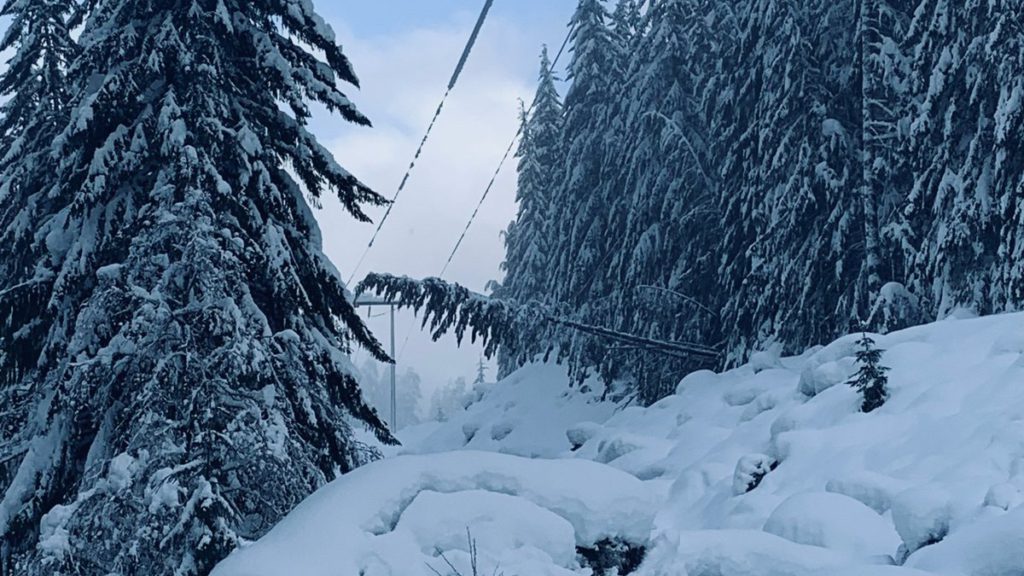 BC Hydro
A tree falls on a power line due to heavy snow in this file photo.

The heavy snowfall blanketing B.C.’s South Coast has led to power outages for tens of thousands of people on Vancouver Island.

As of 10 a.m. Thursday, more than 17,000 Vancouver Islanders had lost electricity, many because of heavy snow bringing tree branches down onto wires, according to BC Hydro.

On southern Vancouver Island, the largest outages occurred on the Southern Gulf Islands and in Saanich. Crews have been assigned to many of the major outages with the exception of one affecting nearly 2,400 customers on Galiano, Mayne and Saturna islands. 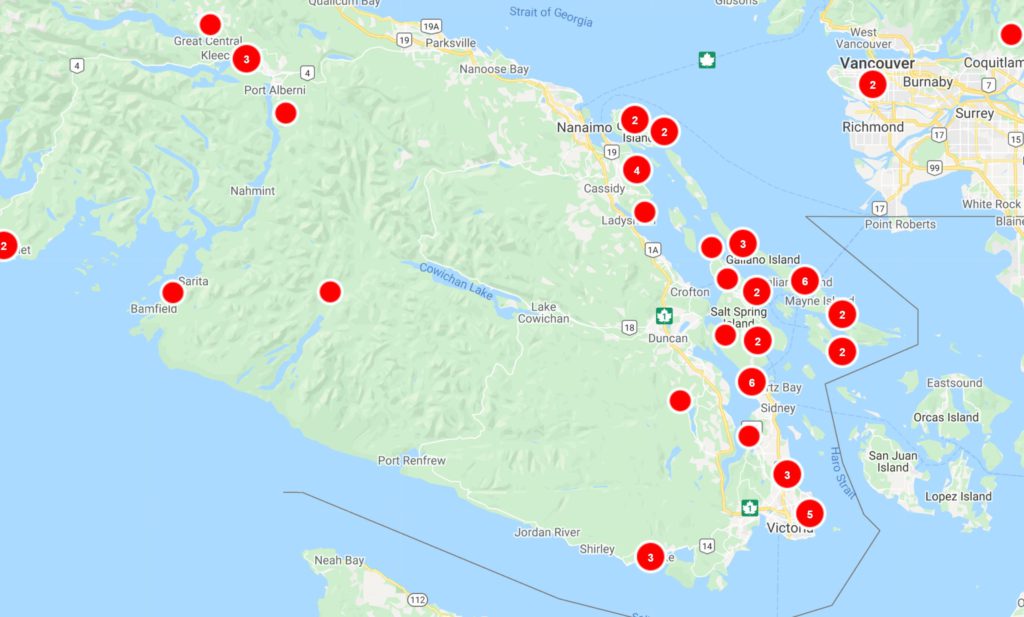 Meanwhile, nearly 12,000 BC Hydro customers lost power on northern Vancouver Island, including an outage affecting thousands of homes in Courtenay and Qualicum Beach.

Tofino and Ucluelet also had major outages caused by what BC Hydro deemed a transmission circuit failure.

The snow-caused outages are in addition to an already downed line serving customers in the remote communities of Tahsis and Zeballos.

Customers in those areas have been without power for days due to previous heavy snowfall.

“As more heavy snowfall is expected, work progress will be dependent on the weather conditions and crews ability to safely access damaged areas. As a result, we expect these customers will be without power for at least another day,” BC Hydro said in an update Thursday evening.

Winter storm warnings remained in effect for inland and east Vancouver Island as well as Greater Victoria Thursday morning as snow and icy roads led to the cancellations of ferries, buses and schools.

As this turns to freezing rain, watch for hazards above too. Crews are responding to calls for wires down due to falling tree branches around the region.

Around 19,000 @bchydro customers are without power around the Island right now. Be prepared for yours to go out as well.

Reminder during this #BCStorm heavy snowfall: a fallen power line, or a fallen tree on a power line, is an emergency. Knowing this could save your life. Stay back at least 10 metres (the length of a bus), keep others away, and call 9-1-1: https://t.co/YmJYwVhhjs pic.twitter.com/jbujtxS95F 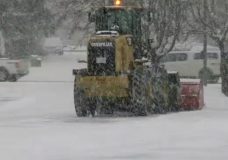 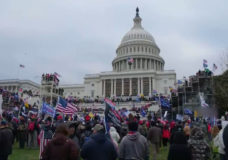 U.S. attorney general on Jan. 6 riots: 'We will follow the facts, wherever they lead'