Over 20,000 without power after windstorm batters Vancouver Island 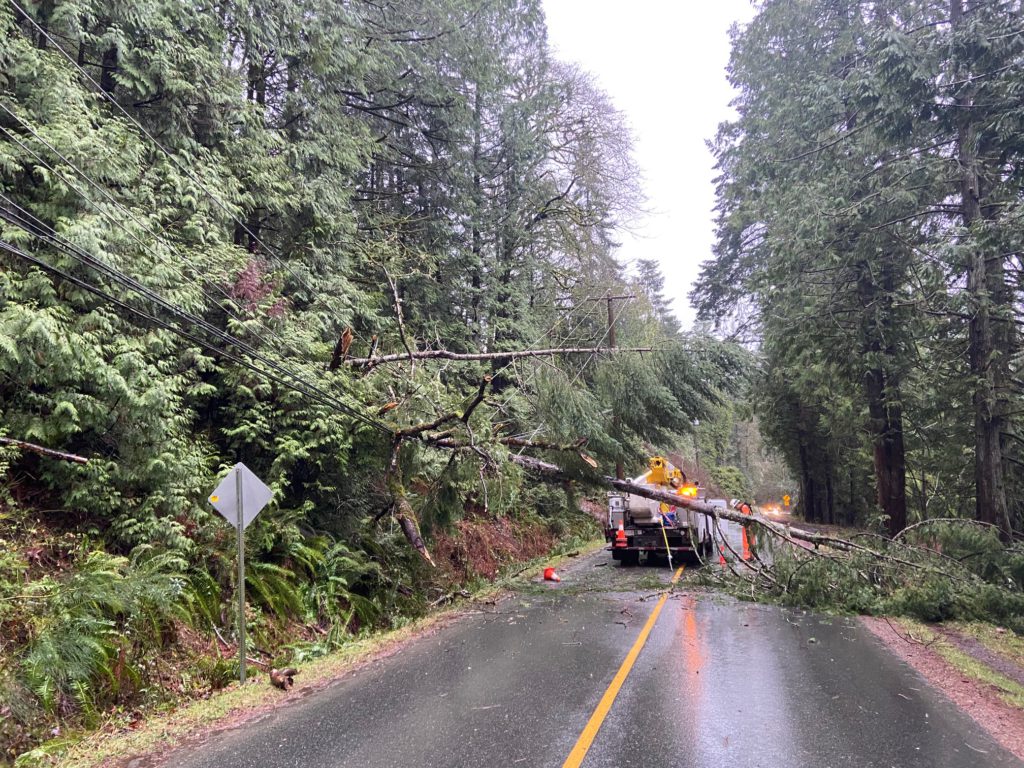 Thousands are waking up without power across Vancouver Island following a windstorm that started battering the coast late Tuesday night.

Winds between 70 to 100 km/hr hit areas across the South Island including Victoria, Saanich, Cowichan Valley, Duncan, Langford, the Southern Gulf Islands and Sooke.

BC Hydro says multiple trees are down across wires and crews will be investigating a multitude of outages in a variety of communities.

Over 2000 people are without power in North Cowichan, while Pender Island, Galiano Island, and Mayne Island all are experiencing significant outages as well.

Langford and Central Saanich also both are experiencing outages that are affecting more than 1200 people.

Other major outage areas include Parksville, Tofino and Ladysmith.

BC Hydro also says that powerlines have been downed in the wake of the storm. Officials are cautioning the public to keep a distance from any downed lines or strewn wires.

In addition to power outages, trees have fallen across roadways.

Good morning #Saanich. We are responding to several reports of trees on roads and hydro lines down. Please take care driving today and report any obstructions or safety concerns on the roads to us.

Saanich Police issued an alert on Twitter earlier this morning calling on drivers to “take care” and “report any obstructions or safety concerns.”

A stretch of road between Port Renfrew and Sooke has also been closed in both directions due to obstructions, according to DriveBC.

During last night's storm, one tree uprooted and came extremely close to falling on a camper in Victoria's Stadacona Park.

No one was reportedly injured in the area.

In Stadacona Park, one tree uprooted and came very close to a camper, missing a tent by just a few feet. No one has reportedly been injured in the incident.

A low-pressure centre crossed southern Vancouver Island late last night and moved into the BC Interior.

Behind the low, strong winds through Juan de Fuca Strait are giving westerly winds of 70 km/h over areas of Greater Victoria near the Strait that will persist into the early afternoon.

Southwest winds of 70 km/h over the Southern Gulf Islands will ease this morning, according to Environment Canada. 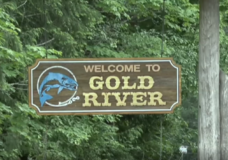