Posted: Sep. 22, 2021 5:45PM
Submitted
Pacificanna's co-owner believes the robbery was elaborate and premeditated as the suspects entered through the vacant building next door.

“I thought it was a bad joke,” said Darren Saunders, Pacificanna co-owner.

The store’s Fort Street Location, opposite Royal Jubilee Hospital, opened just last month. Saunders says the thieves made off with a safe full of cash along with a large amount of varied cannabis products.

“Many, many thousands in cash and product,” said Saunders. “They hit the wall in the perfect spot to be in our storage room, which was very suspicious.”

According to Saunders, two people broke into the vacant building next door at approximately 5:30 a.m. on Monday. Saunders says they jimmied the vacant building’s back door, an area which is hidden from public view. Camera footage then shows the two burglars using an assortment of tools to break through a wall, creating an opening to Pacificanna’s storage space.

“They came prepared, they had what they needed to cut through studs, drywall, and push their way in,” said Saunders.

Saunders says they were in and out in just a few minutes, avoiding the store’s alarm sensors. Despite the suspects’ faces being covered, Saunders hopes someone can identify the intruders.

“Just wanted to get the face out there to make everybody aware, because it’s unfortunate all around,” said Saunders. “It’s a lose-lose, really.”

VicPD say they have yet to make an arrest and anyone with information is asked to call Victoria police at 250-995-7654.

Saunders says the business does have insurance and they’ve since improved the store’s security system. 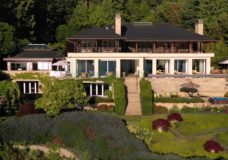 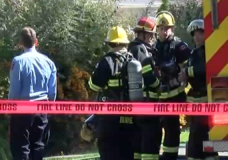 'They're amazing:' Workers run into burning Nanaimo home and save elderly couple