Thousands celebrate Canada Day at the legislature in Victoria

Canada’s 150th transformed the legislative lawn into a sea of red and white, as  tens of thousands gathered to wish the country a happy birthday.

“We should hold our Canada day flags nice and high. There’s a lot of people making sure we have the freedoms we enjoy and welcoming people in the Canadian folds so it’s an exciting day for all of us,” says one proud Canadian.

Some celebrated as Canadians for the very first time.

“Usually you say ‘oh Canadians are so cool’ but now I’m one of them,” says Helena Prince who was recently sworn in as a Canadian citizen, “I cried yesterday already.”

A line wrapped around the legislature, filled with an estimated 5,000 people excited to participate in a living Canadian flag.

It was one of dozens of celebrations across the capital region.

Crowds gathered at the Craigflower Manor for traditional Celtic dancing and highland games.

Hundreds gathered at the Gorge Waterway for family fun and canoe rides.

Saturday afternoon’s fun is just the kick off to the party as thousands more are expected for live music and fireworks at 10:15 in the harbour tonight when Canada 150 ends with a bang. 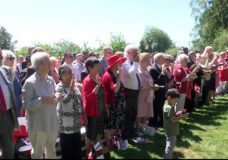 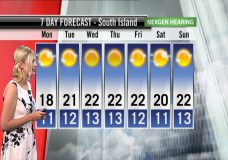