This Week in History: the Royal BC Museum’s First Nation collection

The Royal BC Museum is home to thousands of photographs, voice and film recordings, and objects showcasing the many First Nation cultures across this province.

The museum is proud to safely store these pieces and is also working hard to return some collections back to their communities.

Lucy Bell is Head of the First Nations Department and Repatriation Program at the Royal BC Museum.

“Our collection brings together the ethnology, the archeology, the audio-visual, and the ancestral remains” explains Bell.

“In our collection alone, never mind in the BC Archives, there’s 23,000 historic photos,” says Bell.

“The back of the photos is where the juicy information is. I love that visitors are welcome to write on the back of these photos and say ‘that’s my grandmother’ or ‘ that’s Chief so-and so…'”

“We also house the ancestral remains, which we’re very dedicated to repatriating back to communities,” adds Bell.

The museum is also dedicated to returning thousands of voice recordings.

“In the audio-visual collection,” says Bell, “there are around 3,000 recordings. Many are linguistic from the First Nations around British Columbia. It’s such a valuable collection because of the state of our languages in B.C., so we are trying to work as quickly as we can to digitize and repatriate those collections back to communities.

“The time is very precious, and these recordings are very precious to the communities, and to be able to repatriate, and give somebody a memory stick that’s loaded with their language is really valuable. That just makes me so proud.”

“In Haida,” says Bell, “we would call this Sahlindanaay — this is the ‘keeping house place’. We keep these treasures, these belongings, and we invite community to come in and see their treasures, and be with their belongings.” 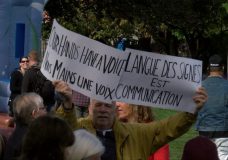 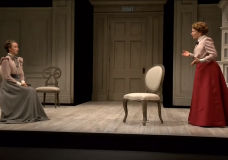